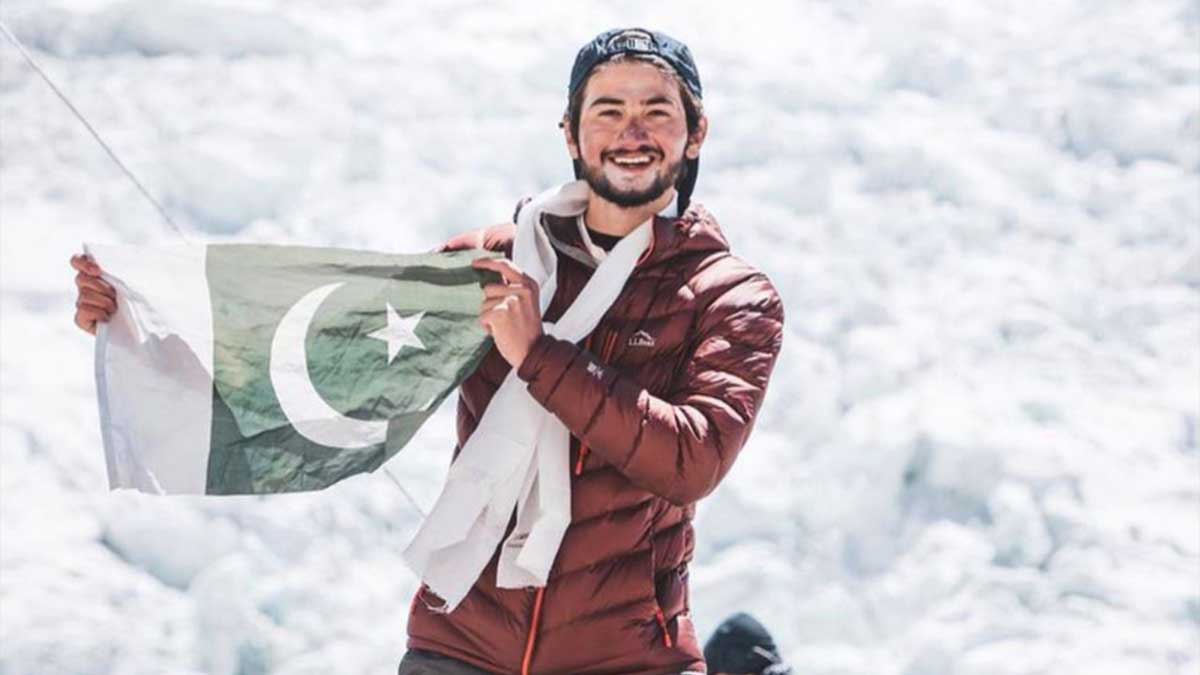 On Tuesday, Shehroze Kashif, a 19-year-old Pakistani mountaineer, became the youngest Pakistani to cross the summit of Mount Everest, which stands at 8,848.86 metres.

Chhang Dawa Sherpa, a Nepalese mountaineer and the expedition manager of Seven Summit Treks, congratulated Kashif on being the youngest Pakistani to climb Mount Everest in a Facebook post. “As part of Seven Summit Treks — Everest Expedition 2021, Kashif successfully climbed Mt. Everest this morning,” he wrote.

Kashif, a Lahore native, is the youngest Pakistani to reach the summit of Broad Peak (8,047m) at the age of 19. On his climbs to Wide Peak and Everest, he used supplemental oxygen.

He was dubbed “The Broad Boy” after his expedition to Broad Peak.

Samina Baig, the first Pakistani woman to summit Everest, was also the youngest Pakistani to reach the summit of the world’s tallest 8,000er, at the age of 23.

Kashif became interested in trekking at a young age after accompanying his father on an outdoor adventure.

The young climber said in a TV interview that he was intrigued by the thought of what was at the top even before he hit his first summit. “Whatever I had pictured was not present at the summit. But when I got to the top, I felt proud that I had accomplished something,” he said.

Shehroze Kashif spent nearly a month at the Everest base camp in Nepal, acclimating and updating his fans via social media.

In a February TV interview, he discussed climbing, fitness, and the financial requirements for achieving big goals.

“There is no distinction between a cricketer’s and a mountaineer’s training levels. We often have to climb for 26 hours straight,” he said.

“You can’t beat the human mind; it’s the most powerful force on the planet. It’s a huge deal if the brain keeps functioning at a higher altitude. You have to prepare yourself for those conditions,” Kashif continued, highlighting the value of health in decision-making at heights. “Mountaineering does not require compromise; rather, it necessitates sacrifice.”

Kashif went on to say that the Everest expedition cost him Rs10 million and that he received no government or private sector funding.