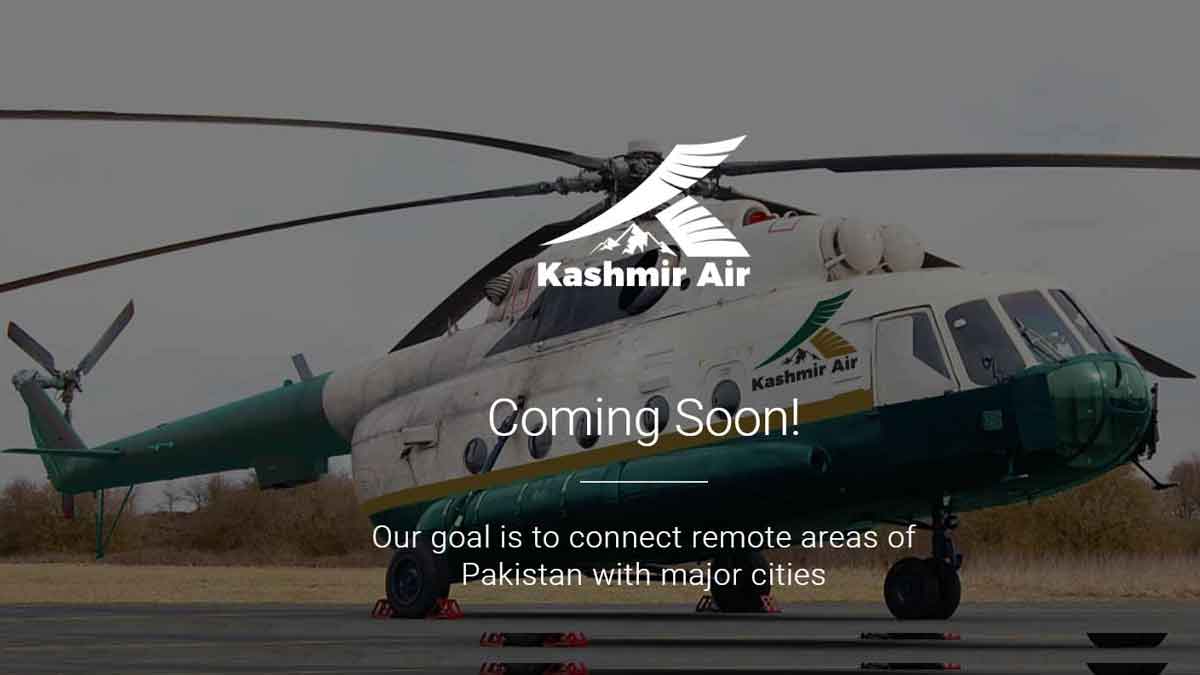 In an effort to encourage tourism in the area, President Dr. Arif Alvi has begun commercial helicopter flight operations of Kashmir Air in Azad Jammu and Kashmir (AJK).

The president stated that AJK is gifted with enormous natural beauty and tourist potential and that the business sector should step forward to enhance AJK’s tourism industry in order to realize its full potential. The president was speaking at the inauguration ceremony for Kashmir Air on Tuesday in Bagh.

In order to promote tourism and foster connections and communication across various regions, including Chitral, Swat, and Babusar Top, Kashmir Air will also provide helicopter flights in those locations.

A private company named as Kashmir Air will launch regular commercial helicopter flights to the AJK and other parts of northern Pakistan to transport tourists.

The president spent a full day in AJK, where he opened the helicopter flight service, paid a visit to the flagship facility of a healthcare IT business in Bagh, inaugurated a high-end private school, and learned about plans to build a hospital in Abbaspur.

He stated that tourism was now a major industry in many developing nations and was seen as a key driver of foreign exchange earnings, employment creation, and the elimination of economic inequalities.

The president claimed that the UN had failed to settle the Jammu and Kashmir conflict in a manner that satisfied the demands of the Kashmiri people.

He claimed that the UN resolutions serve as the foundation for the people of Indian Illegally Occupied Jammu and Kashmir’s (IIOJK) resistance.

He claimed that although the UN was established to prevent conflicts and wars, since its founding it has mostly served to advance the interests of western nations.

The opening of a private airline in AJK will increase tourism in the area, according to AJK Prime Minister Sardar Tanveer Ilyas, who spoke at the event.

His administration’s major goal is to place as many educated young people in the private sector as possible.

Kashmir Air is the first private airline in AJK to receive a license from the Civil Aviation Authority, according to Mahmoodul Haq, the company’s owner.

Three helicopters will be used by this airline to start. The airline will become operational with these three AW139 helicopters, which will initially operate between Rawalkot, Mirpur, and Bhimbar and Muzaffarabad.

Kashmir Air will provide a wide range of services in addition to air and helicopter travel, such as air safaris, glider flights, and search and rescue operations in the far north.

Kashmir Air is a welcome addition to the country’s aviation sector, which will boost airline competition and ultimately benefit customers by delivering better services.