After Esra and Engin Altan, three other major actors from Dirilis Ertugrul have become the brand ambassador of Pakistani top brands.

MariaB, one of the leading designers in the Pakistan fashion industry announced Didem Balcin, famous for her role as Selcan Hatun in the Ertugrul TV show, as her model and muse for her namesake label’s winter collection.

Celebrating with her family, the designer is spending time in Istanbul, Turkey absorbing the rich historical culture the country has to offer.

Apart from the love from Pakistani fans and Ertugrul actors becoming ambassadors of Pakistani brands, the globally acclaimed Turkish period drama Diriliş Ertuğrul has also been inducted into Guinness World Records as the best dramatic work in the history of global drama.

Pakistani journalist/anchor posted on twitter, “The series Resurrection #Ertugrul enters the encyclopedia #GuinnessWorldRecord as the best dramatic work in the history of global #Drama with views reaching 3 billion and has been translated into 39 #Languages around the world.”

This greatest fame of drama’s actors and actresses has compelled Pakistani brands to call international Turkish actors to become their brand ambassadors and many more soon to sign other deals.

Now Pakistanis are waiting for Engin Altan Duzyatan aka Ertugrul to come to Pakistan on 9th October so that his fans may meet him. 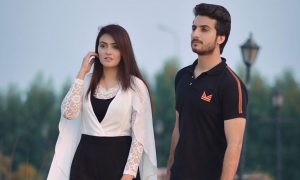