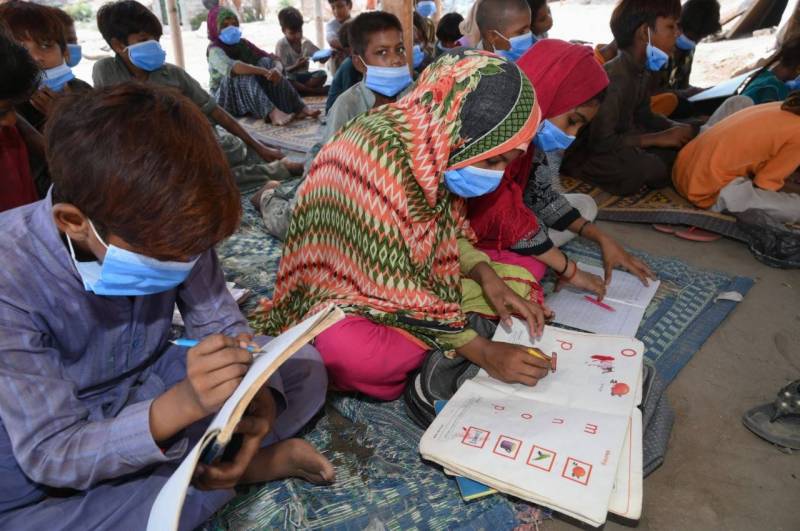 How exactly are the conditions of COVID-19 in Pakistan? What is behind the good news the country’s official data is representing? Are cases actually getting less as the data seems to represent that we have reached the peak of pandemic last week? There is also a concern that fewer cases are due to less tests being conducted as many symptomatic people are not going to hospitals to test themselves and people are increasingly heading towards self-isolation and self-medication at homes and those people are certainly not counted in the total cases the country has.

Since the spike of coronavirus worldwide, 255,769 cases have been diagnosed in Pakistan and 5,386 have died of it. In terms of total cases, Pakistan ranks on number 12 worldwide, and in terms of deaths, Pakistan is at the 20th spot. Pakistan being an under-developed country with poor conditions of public hospitals and bad socioeconomic conditions, everyone feared that a cluster of cases will emerge in the country and it will be uncontrollable.

That fear, fortunately, has not come abound and comparing the countries with similar socio-economic challenges and population numbers like Russia, Brazil, India, and Iran, Pakistan fared immensely better on all indicators. Brazil is the second-worst hit country after the United States and India is the third-worst nation.

Pakistan were bracing for much worse Covid-19 conditions

In the start, Pakistan was bracing for a very dire scenario as the country faced loads of issues regarding tackling the increasing number of new cases in the country, ventilators were highly short, testing capacity was low, and hospitals had no special arrangements to admit the increasing numbers of patients suffering from contagious disease.

So what are the conditions of COVID-19 in Pakistan

The government made some smart moves, and finally, the management was successful in making the arranging different makeshift isolation wards for patients to keep the load on hospital less. People were quarantined in closed schools, in trains, and many other ways were also adopted. With the initial lockdown, all activities stopped, education, businesses, and each activity halted. To tackle the ventilators’ issue, Pakistan did the unthinkable and started making its own locally manufactured ventilators. Last week PM inaugurated the Made in Pakistan ventilators.

Meanwhile, testing capacity was also increased with time and because of that thousands of new cases were identified who were then proactively managed and today were are seeing the active cases are brought down to 37 percent of the total cases.

Another smart planning was to not pursue a more keeping-the-country-closed policy and focus on a more selective way of smart lock downing only hotspots that are identified along the way.

Still there are problems

The problems are still there and they are deep-rooted. A private test costs between 7k-10k which means more than 50 percent of the Pakistani population cannot afford and as far as the public test is concerned, that active management seems very slow these days.

Also, most of the people fear getting diagnosed with coronavirus so, they prefer to go into self-medication at their homes without informing anybody.

Many cases are still hidden and either they are on self-medication or some of them have no resources to be tested or to have treatment.

The government is now planning to get back to normalcy after Eidul Azha and Ashura as the educational sector is going to be opened from September 15.

Pakistan still has a long way to go but looking at the situation now compared to the panic of March, Pakistan has come a long way and it is faring much better than most of the countries.