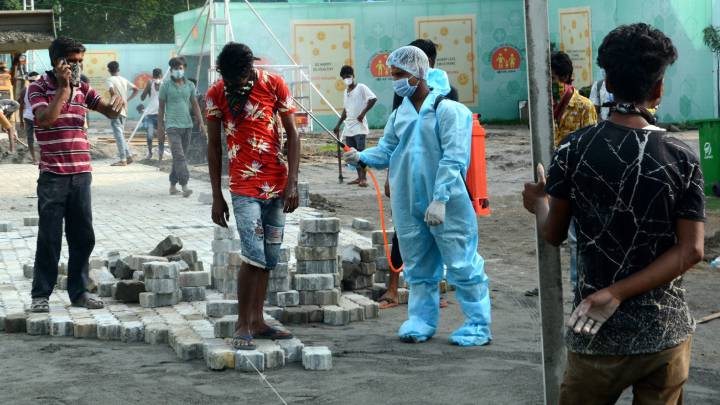 The country has now officially the world’s third-highest number of coronavirus infections at nearly 750,000 and even after a record rise in cases in many states, the country is planning to return to normalcy as it will allow hotels to reopen this week.

The latest data says that there seem no signs of slowing down of outbreak. The country’s Health Ministry data showed more than 23,000 new cases reported in the last 24 hours and 479 deaths reported in a single day. The death toll of the country is reaching 21,000 deaths due to COVID-19 since the first case of coronavirus was detected in January. The dire statistics of coronavirus cases make India the third worst-hit country behind only the US and Brazil.

It has been observed that this increasing number of cases in India makes it nine times the number of cases of China with the same size of the population where cases originated in late 2019.

India is also seeing a surge in cases in states such as Karnataka, Kerala, and Assam, which until recently seemed controlled.

Moreover, the decision of reopening the Taj Mahal has been taken on Monday that is India’s most famous tourist attraction in the city Agra.

A strict lockdown in place since late March has now been mostly lifted, allowing much activities as the country’s economy nose-dived amid the shutdown. India’s Prime Minister Modi also apologized for the migrant issue caused by abruptly putting the country under lockdown. Schools, metro trains in cities, cinemas, gyms, and swimming pools remain closed and international flights are still grounded.

However, India has made wearing masks mandatory and precautionary measures are also being taken while gatherings and functions like wedding ceremonies, etc. are still banned.