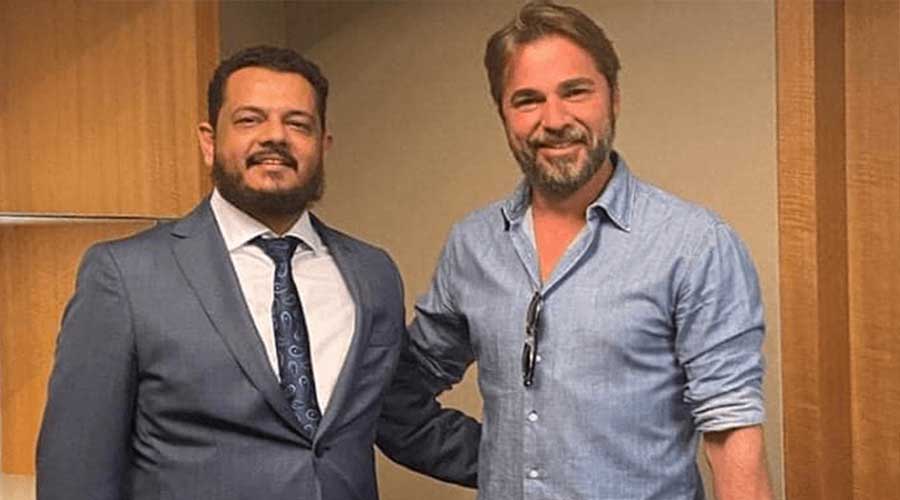 Engin Altan Duzyatan, the lead star of the historical drama series Dirilis: Ertugrul, is soon coming to Pakistan to perform the ground-breaking of a mosque in Islamabad.

Engin Altan, the lead star of Diriliş: Ertuğrul, is especially coming to Blue World City Islamabad. He is invited as the Chief Guest in the inauguration ceremony of Blue Mosque Islamabad. Yes, it’s true; he is soon coming to Pakistan in September to lay the foundation of replica of Blue Mosque, Ottoman-era mosque located in Istanbul.

The owner of Blue World City Islamabad Saad Nazir confirmed this news and posted on Facebook, “Alhamdulilah –We are honored to Host Brother Engin Altan Duzyatan in Pakistan, and will extend a historic welcome with Love & Respect on behalf of the Pakistani People & BWC members, to the most loved hero of the Muslim World! Will share details of the event & Arrival soon IA.”

Engin Altan Duzyatan aka Ertugrul is soon coming to Blue World City Islamabad to attend Blue Mosque Islamabad’s grand inauguration ceremony. He is also the brand ambassador for the Blue World City. There are some rumors that he will visit Pakistan in September 2020. However, the exact date of his arrival and the ceremony is not yet disclosed. On the other hand, Blue Group of Companies plans for a grand and memorable welcome for Ertugrul Ghazi. So, it is confirmed that he is coming very soon in Pakistan.

Engin Altan is without any doubt an outstanding actor who has been grasped immense popularity and appreciation worldwide and particularly in Pakistan. He plays the role of Ertugrul as an Islamic Leader that has been highly appreciated and got fame around the world. Pakistanis are in love with the show and anxiously waiting to warmly welcome Ertugrul Ghazi in Pakistan.