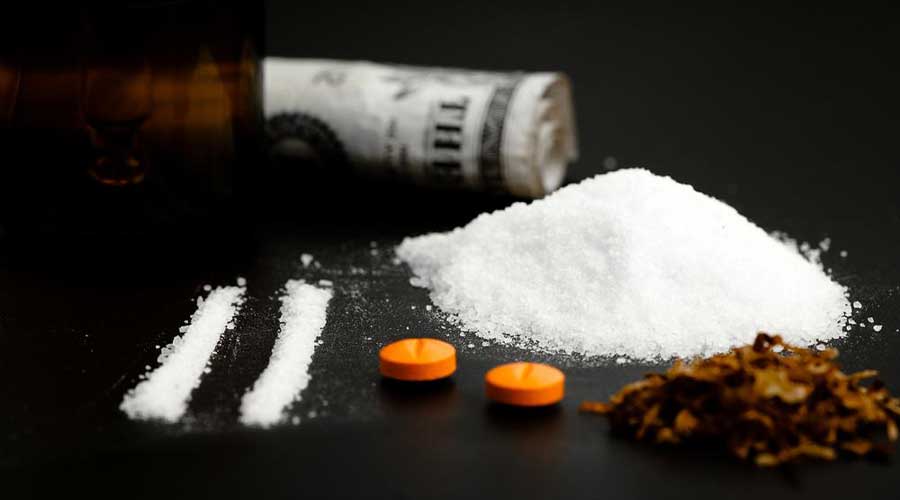 The Anti-Narcotics Force (ANF) has captured a gang that was involved in supplying drugs to private individuals and government officials in Islamabad Capital Territory.

According to Anti-Narcotics Force representative, an operation was carried out in surrounding areas of sector F-7, F-10, F-11 and G-12 of the Islamabad, during the raid 7 people were taken into custody which includes a woman as well.

As per reports, more than Rs 300 million value of drugs was seized by ANF which includes heroin, hashish, ice (meth) and cocaine along with arms and ammunition was also found from the arrested gang members. The ANF believed that a foreign national is involved in the gang who is smuggling drugs into Pakistan from abroad was has been apprehended by the authorities.

The drug dealers were also involved in the supply of drugs to the educational institutions, private and public officials in Islamabad.

Furthermore, the sources also revealed that ANF has recovered important data from the under-arrest drug dealer’s mobile phone. One of the gang members also confessed that they also supplied drugs to policemen in Islamabad.

The federal government is taking stern actions against drug lords and it was decided to launch a joint operation against these drug peddlers and eliminate this illness from the country.

The decision of joint operation came during a high-level meeting between Minister for Anti-Narcotics Azam Swati and Inter-Services Intelligence (ISI) Director General Lt Gen Faiz Hameed. The Rangers director generals as well as the police chiefs of the provinces were in attendance in the meeting.

During the meeting, a list was given back to the agencies for verification, after which the Anti-Narcotics Force (ANF) with the help of security forces are going after and arresting the drug peddlers.