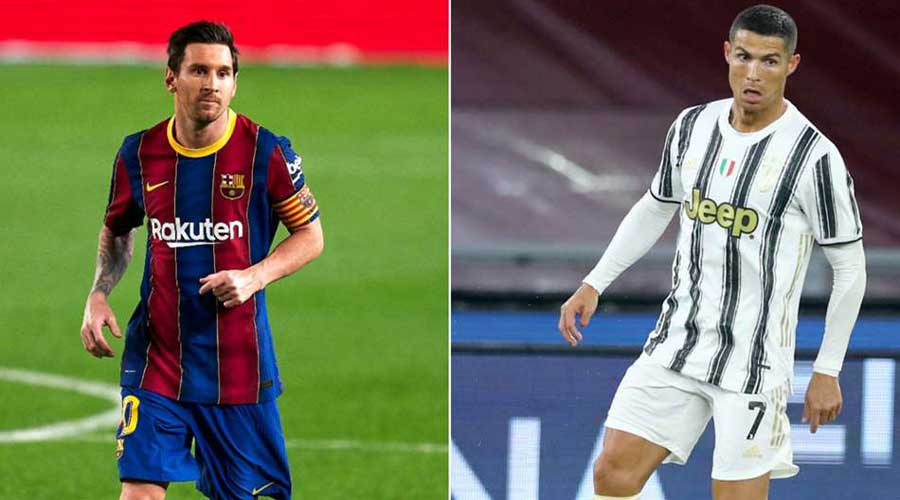 Lionel Messi and Cristiano Ronaldo will be battling in 2020/2021 UEFA Champions League after Spanish giants Barcelona and Italian Seria A champions Juventus were drawn in the same group.

On Thursday, the Barca and Juventus were paired together in Group G along with Ferencvaros and Dynamo Kiev.

Read More: Coman the king for Champions League winners for Bayern against PSG

Bayern Munich who were crowned the champion of Europe after defeating Paris Saint-Germain (PSG) 1-0 for the sixth time in Lisbon back in August will meet up Atletico Madrid in Group A.

The football greatest played five times in the Champions League in which Ronaldo has an edge of winning more than Messi.

Lionel Messi who has won six times Ballon d’Or winner while Cristiano Ronaldo who won it for five times are lined up to grab the award.

The champions league runners up are set to meet Manchester United, Basaksehir and RB Leipzig in a tough Group H, while the 2019 champions of Europe Liverpool are ready to brawl with Ajax, Midtjylland and Atalanta in Group D.

The Europa League winners Sevilla were drawn against English side Chelsea as well as Krasnodar and Rennes in Group E, while Spanish giants Real Madrid will meet Shakhtar Donetsk, Borussia Monchengladbach and Inter in Group B