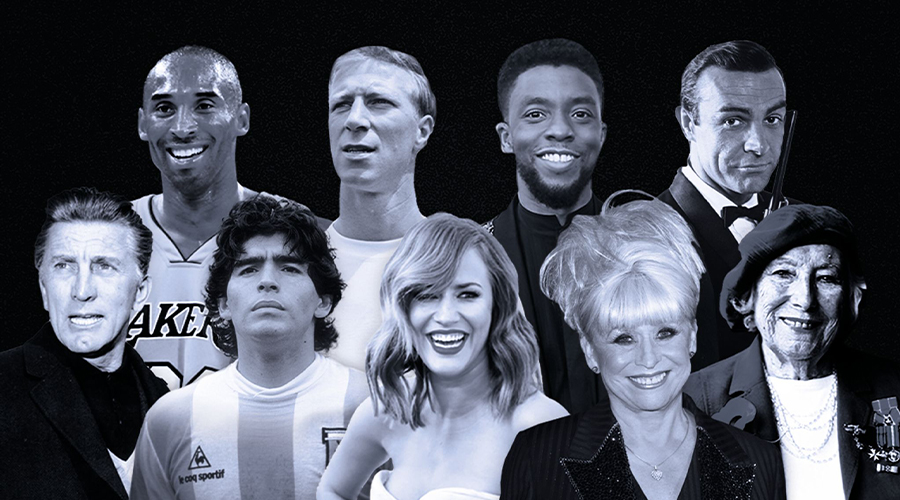 Here are some of the notable deaths of 2020.

26: US basketball legend Kobe Bryant, 41, dies in a horrific helicopter crash northwest of Los Angeles that also claimed the lives of his 13-year-old daughter and seven other people.

5: One of the last stars of Hollywood’s golden age, Kirk Douglas, dies at his home in Beverly Hills aged 103.

25: Egypt’s former president Hosni Mubarak, who was swept from power by the Arab Spring in 2010, dies in a military hospital aged 91.

29: Bollywood star Irrfan Khan, known for his roles in blockbusters “Life of Pi” and “Slumdog Millionaire”, dies from cancer in a Mumbai hospital aged 53.

31: Artist Christo (Christo Vladimiroff Javacheff) who wrapped landmarks such as Berlin’s Reichstag and the Pont Neuf in Paris dies aged 84.

8: Burundi’s former president Pierre Nkurunziza, who ruled the country from 2005 to 2020, dies from a heart attack aged 55.

26: Oscar-winning actress Olivia de Havilland, star of “Gone With the Wind”, dies at her home in Paris aged 104.

12: Jerry Rawlings, who ruled Ghana for two decades first as a military leader and then as elected president, dies aged 73.