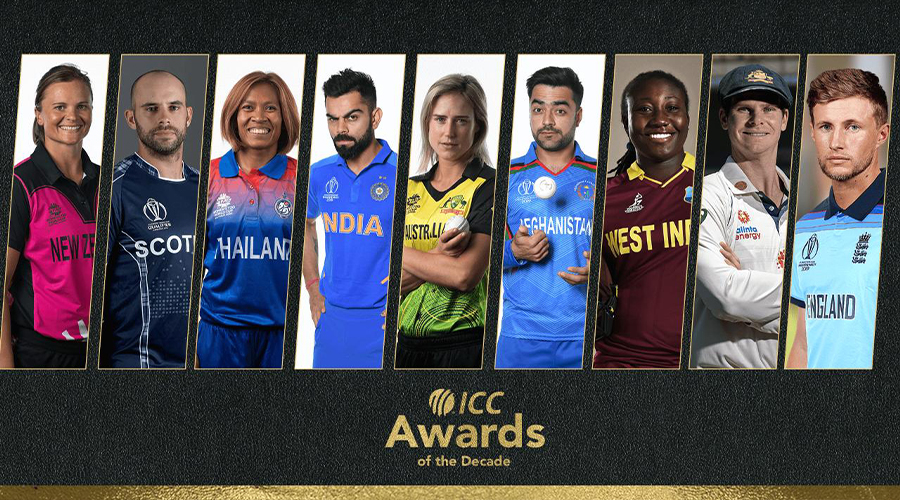 By not winning any of the 10 ICC individual prizes, Pakistan is the only major team not to be represented at the awards.

all three formats of the game, the International Cricket Council (ICC) announced their Team of the Decade and the cricketing community was unhappy with the selection of the players. Many top Pakistani performers were overlooked and none of them were included in any of the teams, despite great performances by players.

For more than two years, Pakistan’s captain, Babar Azam, was ranked as the number-one T20I batsman but was overlooked in favor of other international stars.

Despite brilliant performances with the bat and the ball, veteran Pakistani all-rounder Mohammad Hafeez failed to make into Teams of the Decade and win any of the ICC Individual Awards. Professor scored 1,726 runs and picked up 47 wickets, but was ignored in place of Glenn Maxwell, who did not perform up to the mark in both departments.

Despite not being in the top 20 wicket-takers in the 2010s, Indian pacer Jasprit Bumrah was also selected in the T20I squad above Tim Southee Chris Jordan and Mustafizur Rahman who picked more wickets than him.

In the T20I Team of the Decade, West Indian opener Chris Gayle was picked despite not being in the top 20 T20I run-scorers this decade. Meanwhile, the likes of the third-highest run-scorer, Martin Guptill, have been unnoticed.