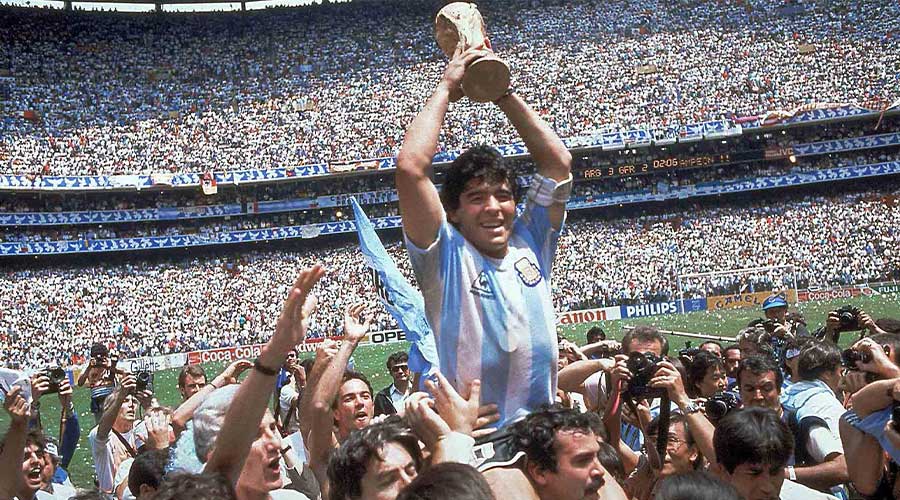 Argentina soccer legend Diego Maradona, one of the greatest players of all time, has died at the age of 60 of heart failure.

Argentinian legend Diego Maradona was discharged from hospital a fortnight ago after his successful brain surgery. The Argentinian and Napoli legend Maradona had undertaken a routine operation for a subdural haematoma after being admitted to hospital due to issue related to anaemia and dehydration.

But it was announced on Wednesday by the Argentine Football Association (AFA) that the former midfielder had passed away.

“The Argentine Football Association, through its President Claudio Tapia, expresses its deepest sorrow for the death of our legend, Diego Armando Maradona.” the AFA tweeted.

There is no doubt whenever you start a debate on football greatest surely you cannot ignore Diego Maradona’s name.

Some believe that he is the greatest of Argentina and far ahead of Lionel Messi but short of Brazil’s legend Pele in the sport’s pantheon of the mighty; while others believe that Maradona eclipse them all. It’s a continuous debate which is not likely to be settled for some time.

However, nobody can argue on the performance pulled by Maradona in the football World Cup in Mexico 1986.

From preliminaries to the final match, from ‘Goal of the Century’ to the famous handball, Maradona was on top of the world.

In 1986 Argentina played seven matches including South Africa, Italy and Bulgaria in group stages, while in knockouts faced Uruguay, England and Belgium and in the final beat West Germany by 3-2 and claimed World Cup.

Gary Lineker was the only player who scored more goals (6) than Diego Maradona (5) but overall Maradona held the most goal involvements (10) of any player as he also made 5 assists.

While grieving Messi wrote: “A very sad day for all Argentines and for football. He leaves us but does not leave, because Diego is eternal.

“I keep all the beautiful moments I experienced with him and I wanted to take the opportunity to send my condolences to all his family and friends. RIP.”