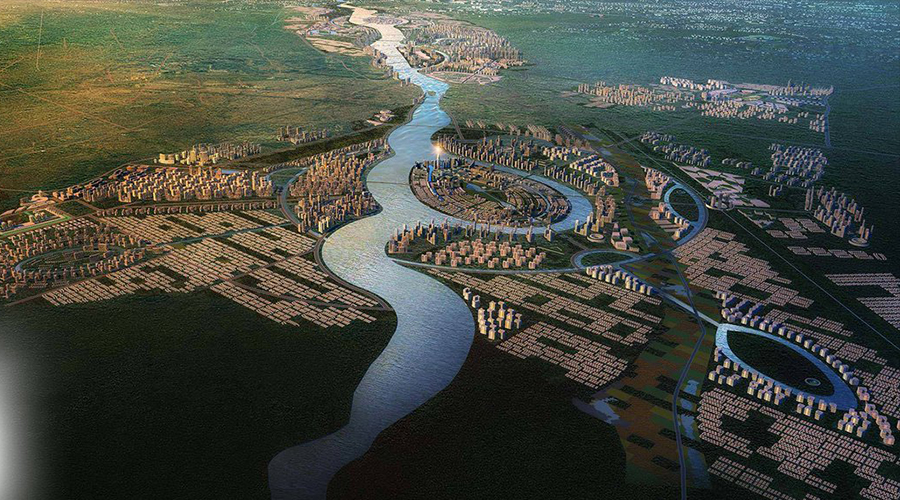 On the direction of Prime Minister Imran Khan, all the existing industrial units have been exempted from the area notified for Ravi Urban Development Project.

The Ravi Urban development Project is unique of its kind not only in Pakistan but all over Asia. Recently, it has been reported that Lahore is amongst the countries of the world which are extremely polluted.

Pollution is not the only problem in this city, there are some other issues which are making the lives of the inhabitant difficult.

Overpopulation, unemployment, and bad condition of sewerage are some of the killing problems of Lahore. Ravi Urban development project has the solution of these hazards to a greater extent.

46 Kilometer long lake will not only minimize the environmental pollution but also the level of water bed of the city will be higher. 10,000 thousand acres of the land has been reserved for the plantation of 60 lac trees.

There are a lot of other factors that are making it a great opportunity for investors to invest here. But there was a big fear that has been hovering in the minds of the people who have been living in the area, notified of this mega project.

The inhabitants of that area were afraid of being displaced and also the industrialists of the locality were of the thought that they would be asked to close their running factories. Now the Prime Minister, Imran Khan has clearly announced that the industrial units which are situated on Ravi Project land will not be closed rather will continue without any interruption.

On the directions of the Prime Minister, the spokesman of the project, S M Imran, and senior member, Board of Revenue, Babar Hayat Tarar met the industrialists of Mehmood Booti, Ring Road, and surrounding areas.

S M Imran told that Prime Minister has instructed to displace the minimum of the population and therefore, about 2500 acres of the land is not being acquired for the project. The spokesman further gave a detailed briefing to the industrialists. The industrials welcomed the decision of the Prime Minister and showed signs of great satisfaction.

They also thanked the Prime Minister and said that the fear of the unemployment of thousands of people has now gone away. They appreciated the commencement of the Ravi Urban Project and said that they were standing with the government regarding the mega project.

The residents of the area who have been facing confusion about their future also thanked the government for not displacing them from the land where they have been living for years.