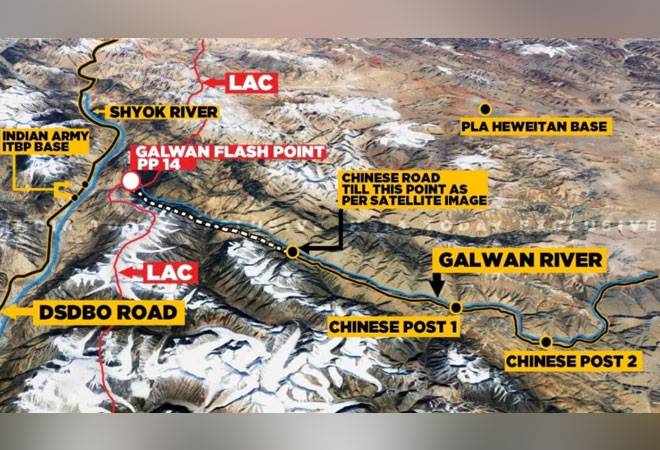 Galwan Valley and Galwan River are very significant pieces of land along the LAC for both China and India and are therefore the flashpoint of the current ongoing standoff between both the nuclear-armed countries. The latest clash between two countries on LAC was initiated by China as a preemptive step to disallow India from the construction Darbuk–Shyok-DBO Road and also to protect its Xinjiang-Tibet highway from Indian troops.

Galwan Valley was named after a Ladakhi Muslim adventurer namely Ghulam Rasool Galwan in 1899. At that time nobody knew that the valley will become a major dispute region between Asia’s most powerful countries.

Aksai Chin is already under Chinese control and now it is expected that China is planning to transgress past the 1956 Chinese claim line. The Asian dragon was quite for decades and now after so many years, China has started to expand its territory to the West of the river which is near the mountain point beside the Shyok river.

The 1962 Sino-Indian war between China and India, Indian troops from the Gorkha regiment cut down communication lines to Samzungling post which was under Chinese command, and in return, Chinese forces surrounded the Indian posts and they kept a hold of the region for four months until claiming victory.

During the war, Indians suffered an enormous loss and suffered casualties of 1,383 troops along with other injured soldiers. The company commander was taken as a war prisoner. China defeated India and claimed the area.

For 60 years the 1960s map was been followed by Chinese military forces but after 60 years same aggressive behavior has been now seen by the People’s Liberation Army. After the initial standoff, the situation seemed to be deescalating following the talks between top military heads but later suddenly a clash between Chinese and Indian soldiers happened on the June 16 near Galwan river where 20 Indian armed forces were brutally killed along with more than 80 soldiers facing life threatening injuries and Chinese took 10 soldiers as captives. The Commanding Officer Col Santosh Babu of the Bihar regiment was also killed in the clash between two sides.

Beijing is doing all this just to keep India as far away as possible from the Xinjiang-Tibet highway. And also to stop the work on Darbuk–Shyok-DBO Road which leads up to Karakoram Pass near Siachen Glacier. The preemptive transgression by China was to control the Galwan Valley and to protect it from New Delhi’s eyes. China is set to control all the high altitude areas and peak points just to keep an eye on its enemy.