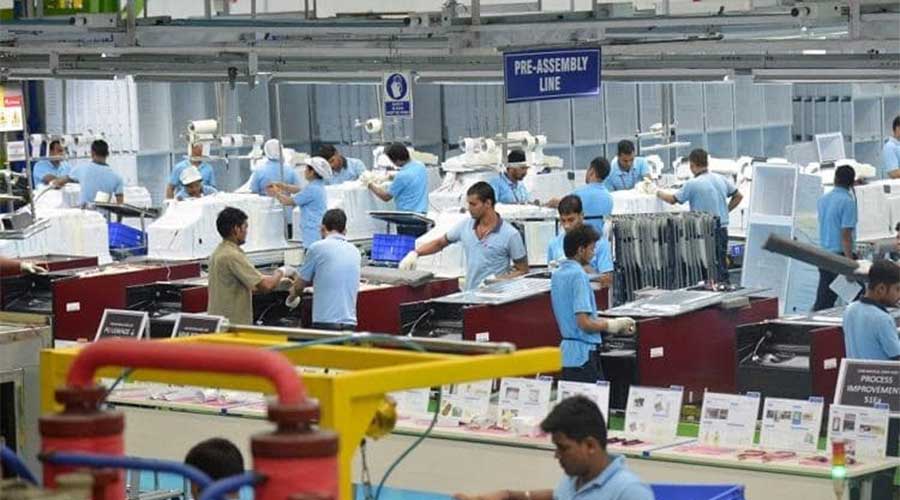 Minister of Industries and Productions Hammad Azhar shared great news for Pakistan as leading smartphone manufacturer Samsung is considering to set up an assembly plant in the country.

Samsung cherished policies implemented by the government of Pakistan and the company is actively observing the changing market and considering setting up an assembly plant in the Islamic Republic of Pakistan, Said Azhar.

“Met with Samsung Pakistan managing director and chief executive officer They appreciated both policies and are now actively considering setting up a smartphone assembly plant in Pakistan,” he added.

Smartphone production in Pak is multiplying following DIRBS implementation and Mobile Policy launched recently.
Met with the Samsung Pakistan MD and CEO. They appreciated both policies and are now actively considering setting up a smartphone assembly plan in Pakistan. pic.twitter.com/8bGBnCWvir

In June the Cabinet approved Mobile Device Manufacturing Policy to endorse indigenization by using local and foreign direct investment and joint ventures. Through this policy, the main purpose is to bring down sky rocking smartphone prices in the state via preferring localization and providing them incentives and rebate in taxes to increase exports.

14 local companies in Pakistan are working and producing smart mobile sets in the country but the majority of the companies are focused on phones with 2G enabled technology. Meanwhile, the latest mobile policy aims to incentivize the production of smartphones with 3G and 4G technology.

In order to further secure and protect the local manufacturers from smuggled phones which was a very lucrative business in the country, authorities also eradicated this by launching DIRBS which is a Device Verification System. With the DIRBS no device can be used in the country without being registered by Pakistan Telecommunication Authority (PTA).