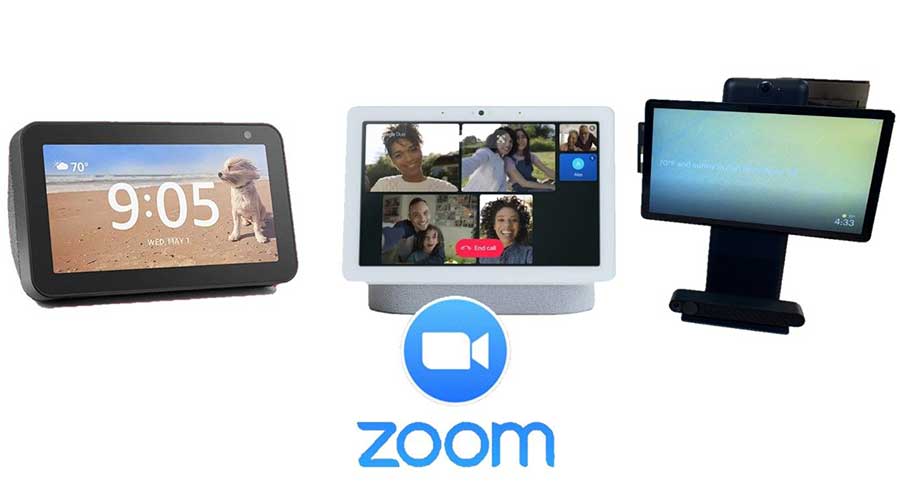 One of the most downloaded video conferencing applications during the coronavirus pandemic, Zoom, is now heading towards smart displays.

Zoom announced that the popular video app which assisted its users in a premium way before and during the pandemic is coming to smart displays.

In the next few months the video calling application Zoom will be integrated with Amazon Echo Show, Facebook Portal and Google Nest Hub Max.

Zoom will be first featured in the Facebook Portal which is about to start in September. It will use the characteristics of the Facebook machine ‘Smart Camera’ that keep you within the frame if you moved around, just like a regular Portal calls.

In the meantime, Google and Amazon devices will be operating as a hands-free meeting controls through Assistant (Google) and Alexa (Amazon) voice recognition feature. The Zoom officials also say that these devices will assimilate your schedule in order to fetch maximum meeting planning.

At the moment Zoom did not publicize the launching time of Zoom in Echo Show and Nest Hub but according to sources, it will be available in near fall.

Zoom is taking advantage from every forum and their next big move of smart displays is also not unexpected as the management knows the fact that now video conferencing is on the rise in the COVID-19 pandemic and nobody knows for how long they have to work from home.

Despite the millions of downloads, still, Zoom has been unable to secure their users data and on many occasions, the data have been shared with third parties. Zoom pledges to make sure the safety and security of its users.