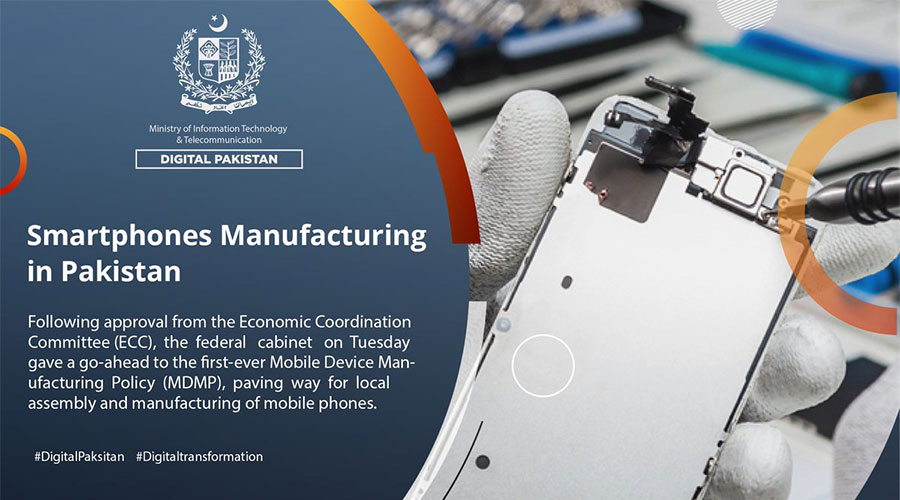 Summary moved by the Ministry of Industries and Production regarding first ever mobile device manufacturing policy was approved by the federal cabinet during a meeting held on June 2, 2020. In order to finalize the policy, Engineering Development Board, a techno-economic unit of Industries and Production also took part along with meetings with different stakeholders.

The MoIP Minister Mr. Hammad Azhar congratulated his team and also acknowledged the support from Pakistan Telecommunication Authority, Ministry of Commerce, Ministry of IT, Ministry of Planning, FBR, and ECC decision.

The move was made sensing the potential in the market of an indigenous mobile device manufacturing framework. This policy follows the successful implementation of Device Identification, Registration, and Blocking System commonly known as DIRBS which eradicated illegal mobile trafficking from the international market.

By opening up the mobile manufacturing locally it will create job opportunities for skilled and other workers and will attract foreign investment as well.

As of now, only 16 local companies are doing the manufacturing of mobile devices in the countries, and the majority of the companies still focusing on making 2G mobiles. But technology is moving quickly towards 4G and now 5G as well. After the policy approved by the cabinet, the local manufacturer shown a sign of gratification.