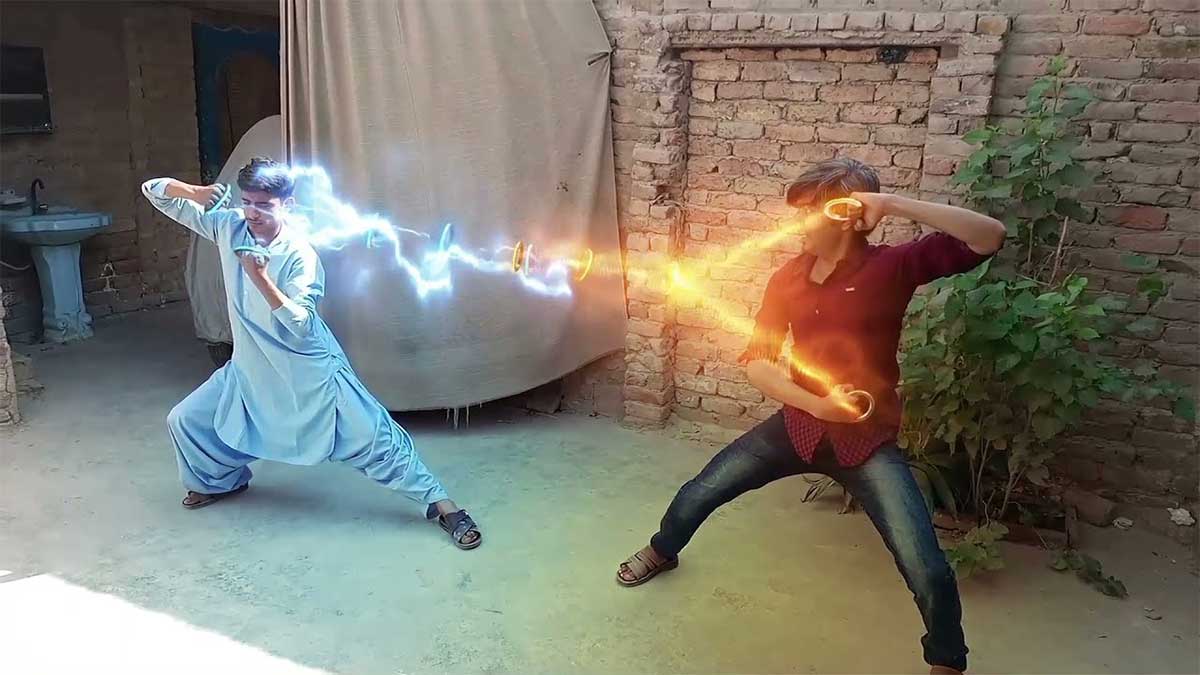 18-year-old talented Pakistani VFX artist Sohail Khan has recreated a scene from Marvel’s Shang-Chi and the Legend of the Ten Rings- the young boy is getting lots of praise online.

Shared initially through their YouTube channel SKgame ON four months ago, the video was re-shared on Twitter by a user appreciating the work. It has since received more than 5K likes and over 1,400 re-tweets.

The explanation of the original video says, “This is a simple Shang-Chifight scene. I am still learning VFX, so it’s not that good. If you like it, give it a like!” The video regenerates a scene in which Shang-Chi and his father Wenwu battle it out.

Appreciating the VFX artist video, a user remarked, “Apart from the Visual effects, their expressions looked so genuine and intense. These guys deserve a big applause.”

Read more: Laraib Atta nominated for Oscars, BAFTA for her work on No Time to Die film

Moreover, the video has been quoted over 200 times and impressed viewers, who insisted for young artists in the country be given more support and opportunity to pursue their creative projects.

Another user admired the video and commented, “Wow. And all these kids have is a cellphone and a hand-me-down basic laptop. Not just the editing, the angling, the expressions! They NEED to be discovered. Help spread the word.”

“Give them free internet, laptop, proper training, global skills, bank accounts, tax lawyer & export their skills. Enough of sending plumbers, drivers, electricians, masons, and/or chefs abroad. Digi-skills are the future. Every village & town should be connected to the export market,” a user commented on the video.

“The first time I watched Toy Story that really inspired me; I was like wow how is this done… I did not know back then that I would get into visual effects but it was in me all this time that something related to art and technology is what I wanted to do,” Laraib said.