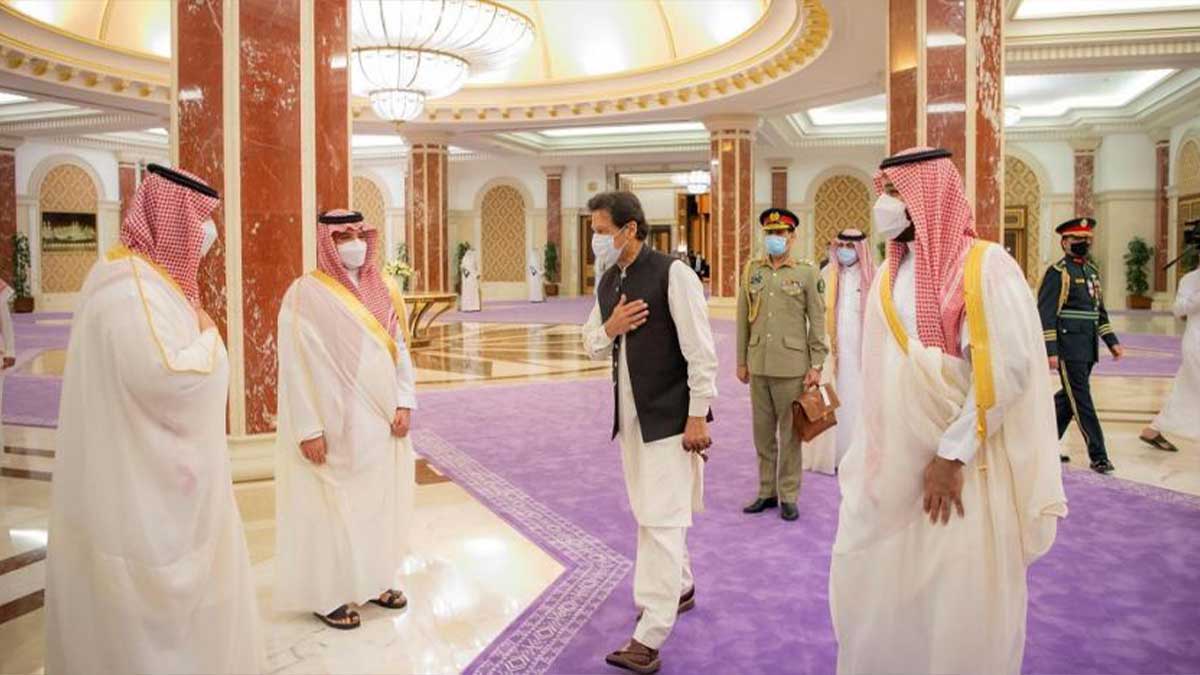 The two heads of the states discussed bilateral, regional, and international issues. The two leaders signed the Agreement on Establishment of the Saudi-Pakistan Supreme Coordination Council (SPSCC). They also witnessed the signing of a number of bilateral agreements and memorandums of understanding (MoU).

Gill stated that the premier’s engagements would include a meeting with Saudi Crown Prince Mohammed bin Salman, the signing of Memorandums of Understanding (MoUs), and meetings of both sides’ delegations.

“He will pay respect to Prophet Mohammad’s (PBUH) Roza on Saturday and perform Umrah in Makkah on Sunday.”

According to a statement released by the Foreign Office, the Pakistan-Saudi Arabia relationship is marked by close cooperation in all fields and mutual coordination on regional and international issues, especially those affecting the Muslim Ummah.

A high-level delegation, including the foreign minister and other cabinet members, will accompany the prime minister.

General Qamar Javed Bajwa, the Chief of Army Staff (COAS), has already arrived in Saudi Arabia and has been meeting with top military officials, but it is uncertain if they will attend any of the meetings together while there.

The prime minister will meet with Saudi officials to discuss all aspects of bilateral relations, including economics, trade, investment, energy, job opportunities for Pakistanis, and the welfare of the Pakistani diaspora in the Kingdom.

“The two sides will also discuss regional and international issues of mutual interest,” says the statement. During the tour, a number of bilateral agreements/MoUs are expected to be signed,” the Foreign Office added.

Although it did not specify which agreements or Memorandums of Understanding are expected to be signed, Arab News reports that both countries would sign a historic climate agreement during the visit.