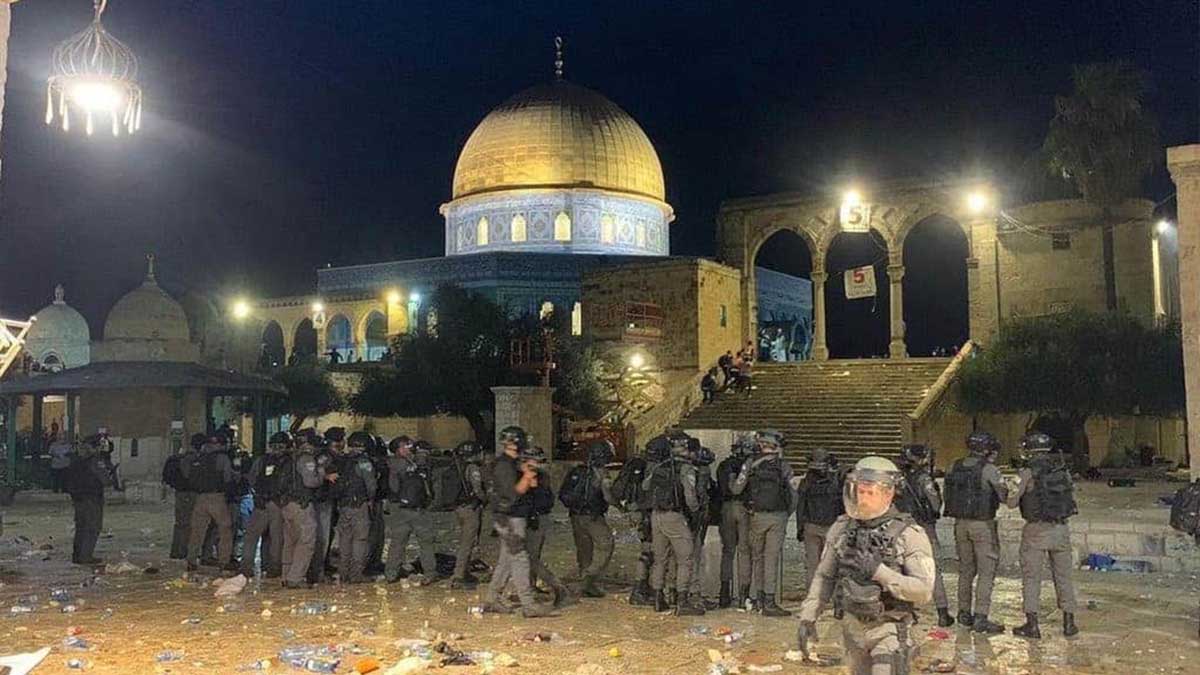 Violent clashes between Palestinians and Israeli police broke out in Jerusalem Saturday night, one day after 205 Palestinians and 17 police officers were injured in nighttime clashes at Al Aqsa Mosque that garnered international condemnation.

The tensions between Israel and the Palestinians over Jerusalem have risen again in recent weeks after Israeli police targeted Muslim worshippers inside the Al Aqsa Mosque in occupied East Jerusalem’s Old City.

According to Palestinian medics and Israeli police, at least 205 Palestinians and 17 policemen were wounded in the nighttime clashes at Islam’s third holiest site and in the surrounding area of East Jerusalem, as thousands of Palestinians clashed with hundreds of Israeli police in riot gear.

According to the Palestinian Red Crescent, 23 people were hospitalized, with the majority of the injured receiving injuries to the face and eyes from rubber-coated bullets and shrapnel from stun grenades.

The clashes came after two Palestinians were shot and killed by Israeli forces after three men reportedly began firing on an Israeli base in the occupied West Bank.

Following a long legal fight with Israeli illegal settlers, dozens of Palestinians in an occupied East Jerusalem neighbourhood face eviction, and Palestinian demonstrators have clashed with Israeli police in the city on a nightly basis since the start of the Muslim holy month of Ramadan.

The unrest has drawn attention from all over the country, with Jordan warning Israel against taking any more “provocative” measures and Iran using the tensions around Jerusalem to incite violence.

More conflict is expected between Israelis and Palestinians in the coming days.