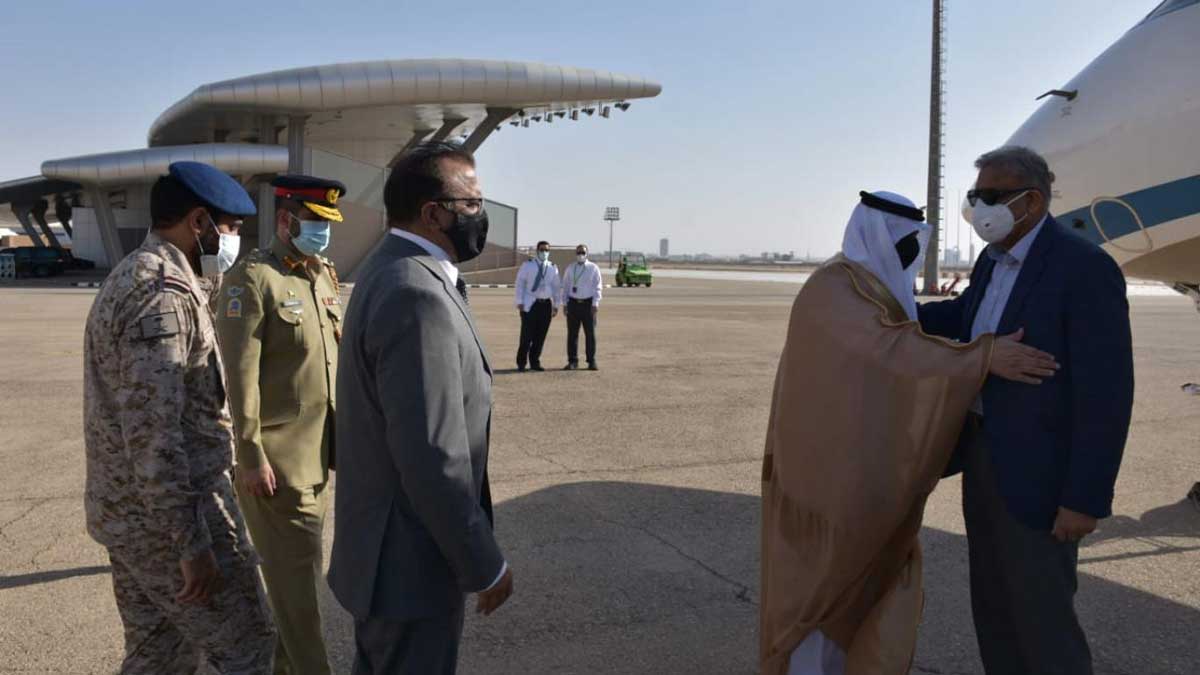 Chief of Pakistan Army General Qamar Javed Bajwa is on an official visit to Saudi Arabia ahead of Prime Minister Imran Khan’s crucial trip to the kingdom.

General Qamar Javed Bajwa, the Chief of Army Staff (COAS), arrived in Saudi Arabia on an official visit on Tuesday, according to Inter-Services Public Relations.

During his visit, the COAS met Saudi Armed Forces Chief of General Staff Gen. Fayiadh bin Hamed al-Rowaily and discussed matters of mutual interest, as per the Army’s media wing.

Read more: Not everyone understands the depth of Pak-Saudi ties: FM Qureshi

From May 7 to 9, Prime Minister Imran Khan will travel to Saudi Arabia, on the invitation of Saudi Crown Prince Mohammed bin Salman. He would be accompanied by several dignitaries, including Foreign Minister Shah Mehmood Qureshi and other members of the federal cabinet.

During the visit, the prime minister is expected to meet Saudi Crown Prince Mohammad bin Salman, according to sources. The two leaders are expected to discuss matters of mutual interest, bilateral cooperation, regional security, and other topics during their meeting.

They added that the premier will be accompanied by a high-level delegation during his visit, and that he will be visiting the Kingdom at the invitation of the Saudi crown prince.