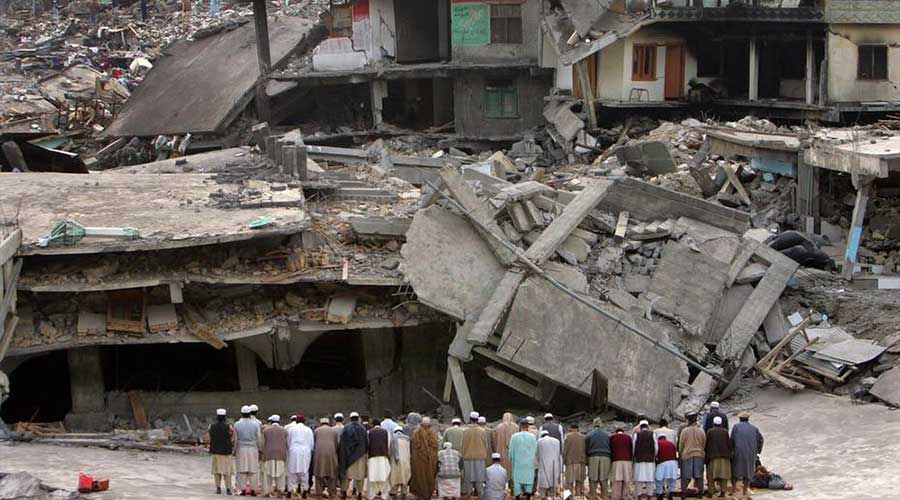 Today is the 15th anniversary of the catastrophic 2005 earthquake that devastated Balakot tehsil, other parts of the Hazara division and shattered almost the whole of Pakistan.

Pakistan’s government marked Thursday as “National Resilience Day,” with a minute of silence observed in all district headquarters at 8:54 a.m. (0354GMT), the moment the quake jolted the Himalayan region in northern Pakistan and Kashmir.

On the fateful day of 8th October 2005, an earthquake of moment magnitude 7.6 struck many regions in northern Pakistan. The earthquake epicenter was located about 19 km northeast of Muzaffarabad, and 100 km north-northeast of the capital, Islamabad.

The residents of Balakot tehsil will mark the 15th anniversary of the 2005 earthquake and traders will close businesses and take out a rally to remember people killed in that catastrophe.

Javed Iqbal, trade leader told a reporter that the 2005 earthquake destroyed Balakot and claimed over 18,000 lives in the city. He added that people from different walks of life, including those, who lost family members to the natural calamity, would take part in special prayer ceremonies at mass graves in the Government High School.

“We will observe the shutter down strike and take out a rally to mark the anniversary of the devastating earthquake in which over 18000 people had perished in Balakot,” the trader said.

The New Balakot Tehreek will also be holding a sit-in for many days against the ‘denial’ of plots in the New Balakot City housing project.

Almost every year, the 2005 earthquake day is remembered, as in 2019, special prayer ceremonies were held in Muzaffarabad, the capital city of Azad Jammu and Kashmir, and Balakot, the city of northwestern Khyber Pakhtunkhwa province, attended by locals and government officials.