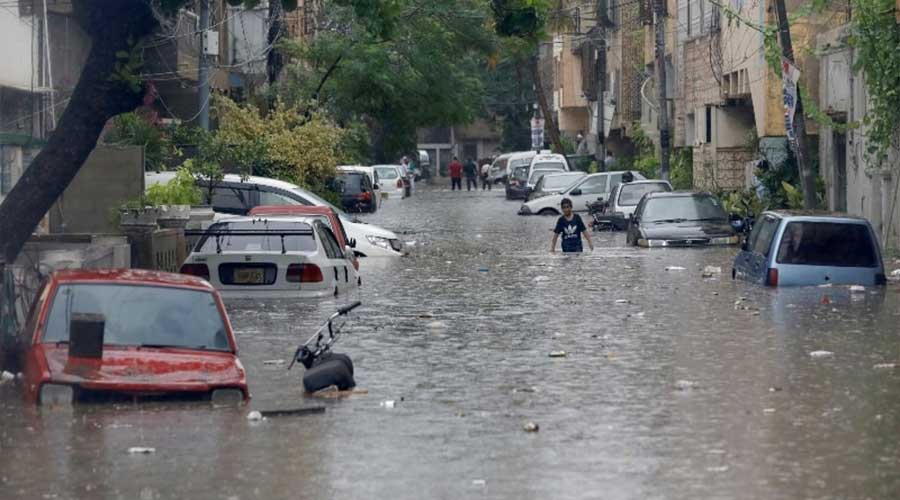 Karachi has experienced the worst August floods as it broke the 89 years record on Thursday with many parts of the city inundated and dozens of people died.

Many roads and streets remained submerged in water and many big areas of the city are facing power outages. In an update on the power situation in the city, Karachi Electric said several areas were “inaccessible due to high water levels”.

Moreover, at least 41 people have died from the flood and the death toll is expected to rise as rescuers are reaching to save people who are inaccessible in the current condition. The vehicles on their way to areas such as DHA and Surjani are also highly effected and are badly stuck.

The National Disaster Management Agency (NDMA) fears hundreds of thousands of people are still trapped in Pakistan’s most populous city Karachi due to waterlogging in low-lying slums and worst floods.

More heavy rains are expected in southern and southwestern Pakistan over the next 48 hours, raising fears of further devastation across the country. Hundreds of people die in Pakistan each year during monsoon season, which occurs typically in July and August. In addition to flooded rivers caused by rains on the Himalayas, climate change has contributed towards increased urban flooding, as well as glacial lake outbursts.

However, later in the meeting of the National Coordination Committee (NCC), Sindh Chief Minister Murad Ali Shah was told by Prime Minister Imran Khan that he will visit Karachi next week. “I will sit with you to draw up a complete plan to help Sindh government.”

On his visit to Yar Muhammad Goth, the chief minister heard complaints of power outages and other issues being faced by the residents for which KE said, “teams are coordinating with relevant authorities to ensure swift power restoration to other locations. Power will continue to remain closed until all standing water is cleared.”