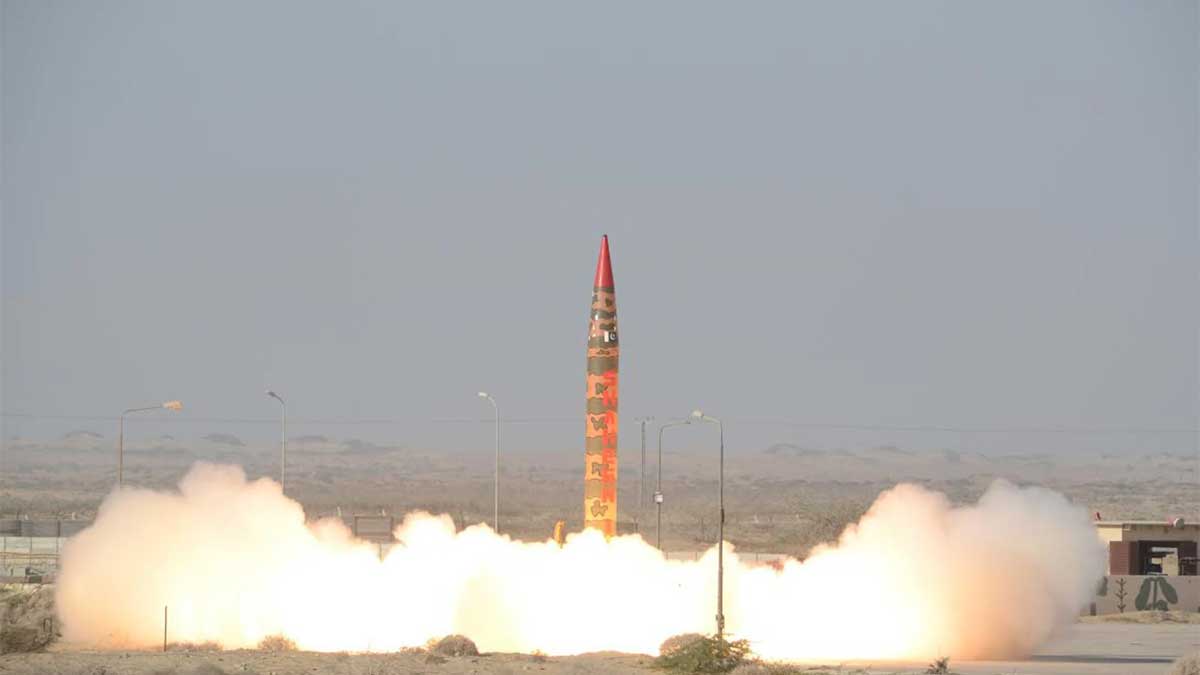 Pakistan has led an effective flight test of Shaheen-1A surface-to-surface ballistic missile, intended at re-validating many designs and technical considerations of the weapon system, said the military.

The report conveyed that the Director-General Strategic Plans Division acknowledged engineers and scientists on the fruitful conduct of Shaheen-1A flight test. He treasured the technical ability, devotion and binder of scientists and engineers for their outstanding contribution.

In the month of March, the armed forces had led an efficacious test launch of the Shaheen 1-A medium-range ballistic missile.

“The missile spanned a range of 900 kilometres and the test flight was aimed at the re-validating of various design and technical parameters of the weapon system including an advanced navigation system”, said the military’s media wing.

The range of cruise missiles is 450 kilometres and can be hurled from any submarine or a land-based quad-launcher.

The military conducted the first successful submarine launch of the Babur cruise missile in 2018, giving Islamabad a trustworthy second-strike proficiency and supplementing the existing deterrence regime.

In addition to these tests, Pakistan has efficaciously conducted a test flight of indigenously developed Fatah-1, Guided Multi Launch Rocket System, in June 2021.

Declaring the update on Twitter, the DG ISPR Major General Babar Iftikhar continued that the weapon system is proficient to provide a conventional warhead up to a range of 140 kilometres.