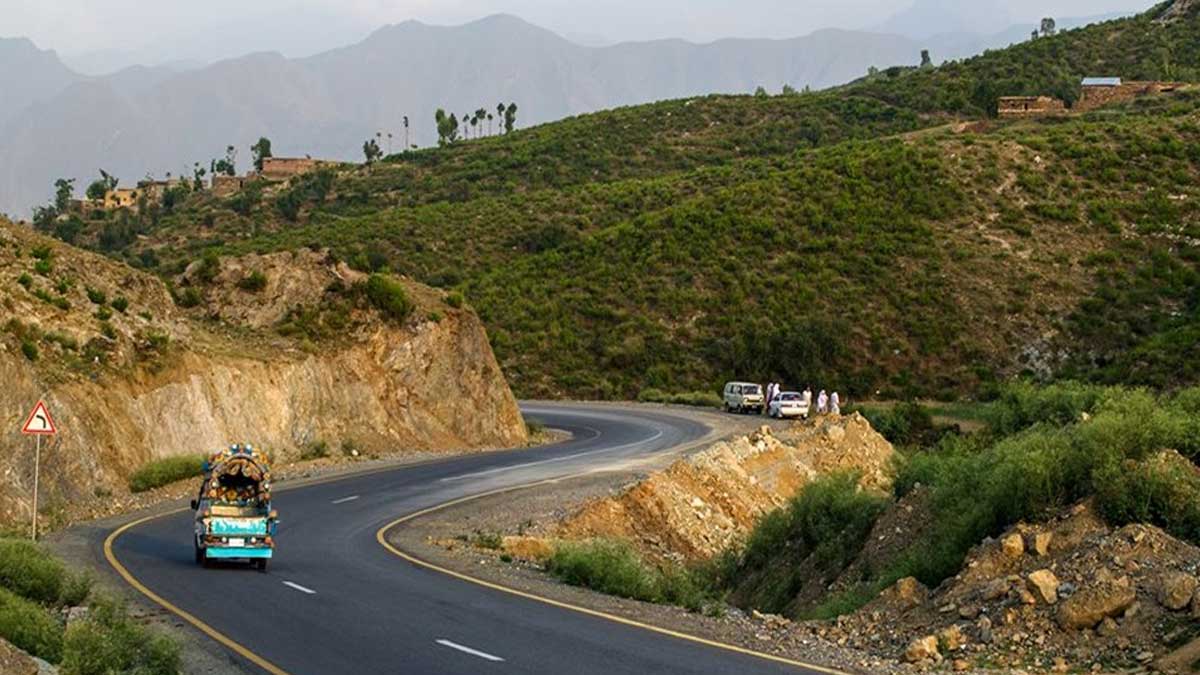 The Khyber Pakthunkhwa Government has decided to construct 69 new roads and combined tribal districts by the allocation of Rs 3,318.783 million for the present fiscal year to strengthen regional connectivity, industrialization, and tourism.

The officials in the Communication and Works Department told the media that out of a total of 519 roads schemes including 450 current with the allocation of Rs 34,157.217 million and 69 new carrying an amount of Rs 3,318.783 million, the Government of Khyber Pakhtunkhwa have accelerated work on 71 ongoing roads projects, which was predicted to be accomplished during the financial year 2021-22.

With the new projects, he informed that 11.5 kilometers Dokhada-Elum Top road in Buner district would be built with an expected cost of Rs 775 million.

Read more: Tourists behaving badly are a threat to tourism and environment

In the same way, the government is planning to restore three roads at Kalash valley in Chitral district with an expected cost of Rs 300 million whereas Rs 1,500 million to be expended on building of two flyovers in DI Khan City’s Tank Ada Chowk and Vegetable Market having a distribution of Rs 20 million for the existing financial year for smooth flow of traffic.

Moreover, nearly Rs 108 million for improvement and rehabilitation of flood-affected roads and bridges in Kohistan Lower district, Rs 900 million for the building of approach roads of Kalur Kot Bridge at River Indus as KP Government’s share as the bridge has nearly finalized whereas Rs 800 million for dualization of provincial highway from Aziz Bhattai Chowk to Jawad Chowk in Mardan would be completed.

With respect to tourism, the government accelerated work on the construction of approach and link roads in Malakand and Hazara divisions, benefitting tourists to easily visit unapproachable and remote areas of mountainous areas.

Moreover, for the promotion of adventure sports, hiking, and mountaineering in Swat, the government has planned to rebuild roads and bridges that were eroded away by floods in Shagram and Bahrain with an estimated cost of Rs 389.110 million.