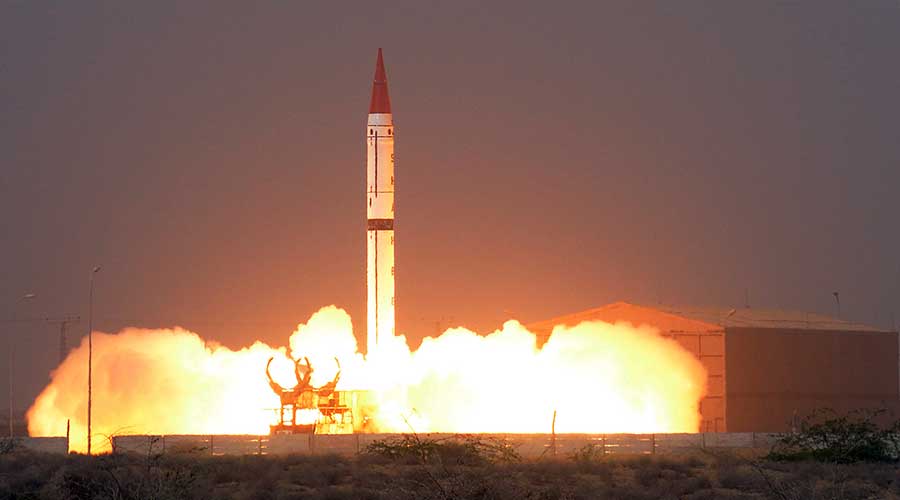 On Wednesday, Pakistan successfully tested the surface-to-surface ballistic missile Shaheen-III, capable of carrying nuclear and conventional warheads up to 2,750 kilometers.

The flight test was intended to recertify the numerous design and technical constraints of the weapon system, according to the Military Media Wing.

The Shaheen III ballistic missile empowers the solid-fueled, multi-stage rocket to hit targets anywhere in neighboring India, the archrival of Pakistan, and parts of the Middle East, the analyst said.

President Arif Alvi, Prime Minister Imran Khan, Chairman of the Joint Chiefs of Staff Committee General Nadeem Raza and the Chiefs of Services praised the engineers on another superlative milestone they have accomplished.

Earlier on January 12, the Pakistan Navy had exhibit combat readiness and warfare competences in the North Arabian Sea through a live weapon firing exercise.

The Pakistan Navy spokesman said that during the exercise, anti-ship missiles and torpedoes fired from naval submarines had successfully engaged the planned targets.

The test was part of Islamabad’s commitment to maintain a “policy of credible minimum deterrence,” stressing the “posture is India-centered,” Pakistani officials said.

Admiral Muhammad Amjad Khan Niazi, Chief of the Naval Staff (CNS), was present during the firing of live weapons and uttered gratification with the Pakistan Navy fleet’s operational readiness.

Since gaining independence from Britain in 1947, the two nuclear-armed South Asian nations have fought three wars and some small conflicts.

In recent years, bilateral tensions have worsened over undecided Kashmir, which is claimed in full by both countries and has triggered most of the wars.