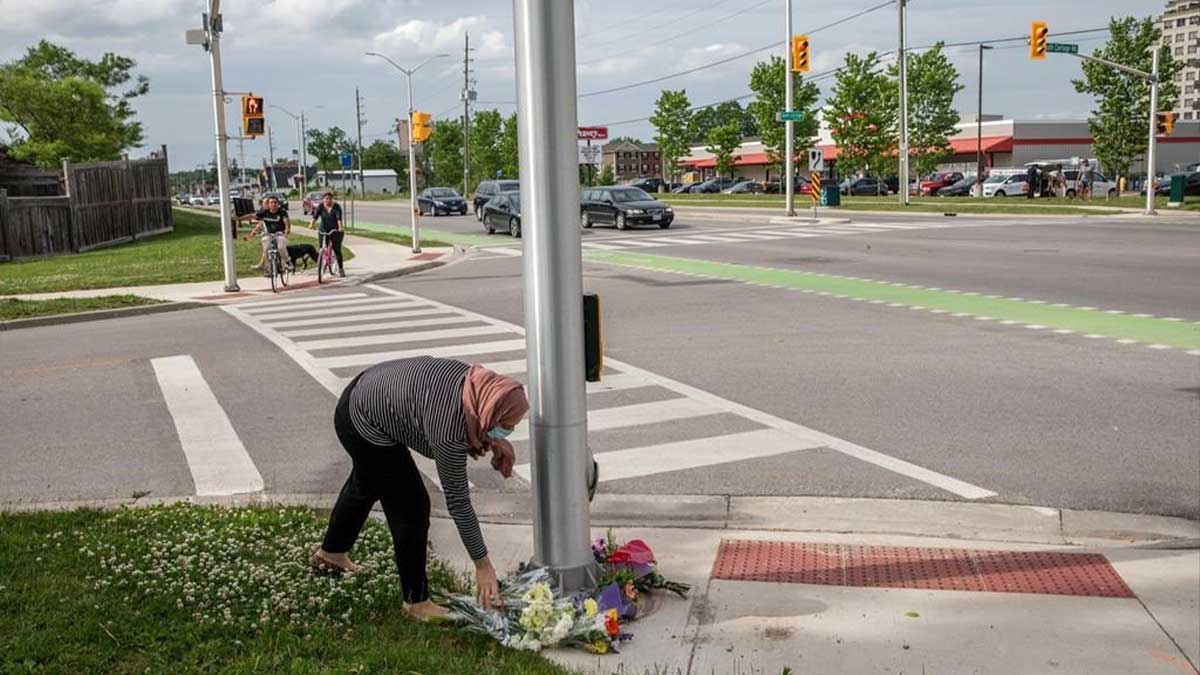 Four Pakistan-origin Muslim family members killed in vehicle attack in Canada Ontario province on Sunday evening, in what police and officials said on Monday was a premeditated attack motivated by “hatred”.

On Monday, a man driving a pickup truck hit into and killed 4 members of a Muslim family in the south of Canada’s, police termed it “premeditated” attack. According to the Detective Superintendent Paul Waight, a 20-year-old suspect wearing a vest “like body armour” fled the scene after the attack and was arrested at a mall seven kilometers from the intersection in London, Ontario.

“There is evidence that this was a planned, premeditated act, motivated by hate. It is believed that these victims were targeted because they were Muslim,” he told a news conference.

The four family members who were killed when they were hit by a vehicle in London, Ont., in what police say was an attack targeting them over their Muslim faith, have been identified.

A statement released to the media by a family spokesperson names the deceased as Salman Afzaal, his wife Madiha, their daughter Yumna and Salman’s mother.

Fayez Afzaal, 9, survived the attack. He “is on the road to recovery from serious injuries,” the statement reads.

“Let me be clear, this was an act of mass murder perpetrated against Muslims, against Londoners, rooted in unspeakable hatred,” said mayor of London, Ed Holder. He said flags would be lowered for three days in London, which he said has 30,000 to 40,000 Muslims among its more than 400,000 residents.

Canadian Prime Minister Justin Trudeau tweeted in this regard, “I’m horrified by the news from London, Ontario. To the loved ones of those who were terrorized by yesterday’s act of hatred, we are here for you. We are also here for the child who remains in hospital – our hearts go out to you, and you will be in our thoughts as you recover.”

Calling the vehicle attack in Canada a “condemnable act of terrorism”, Prime Minister Imran Khan tweeted, “Saddened to learn of the killing of a Muslim Pakistani-origin Canadian family in London, Ontario. This condemnable act of terrorism reveals the growing Islamophobia in Western countries. Islamophobia needs to be countered holistically by the international community.”