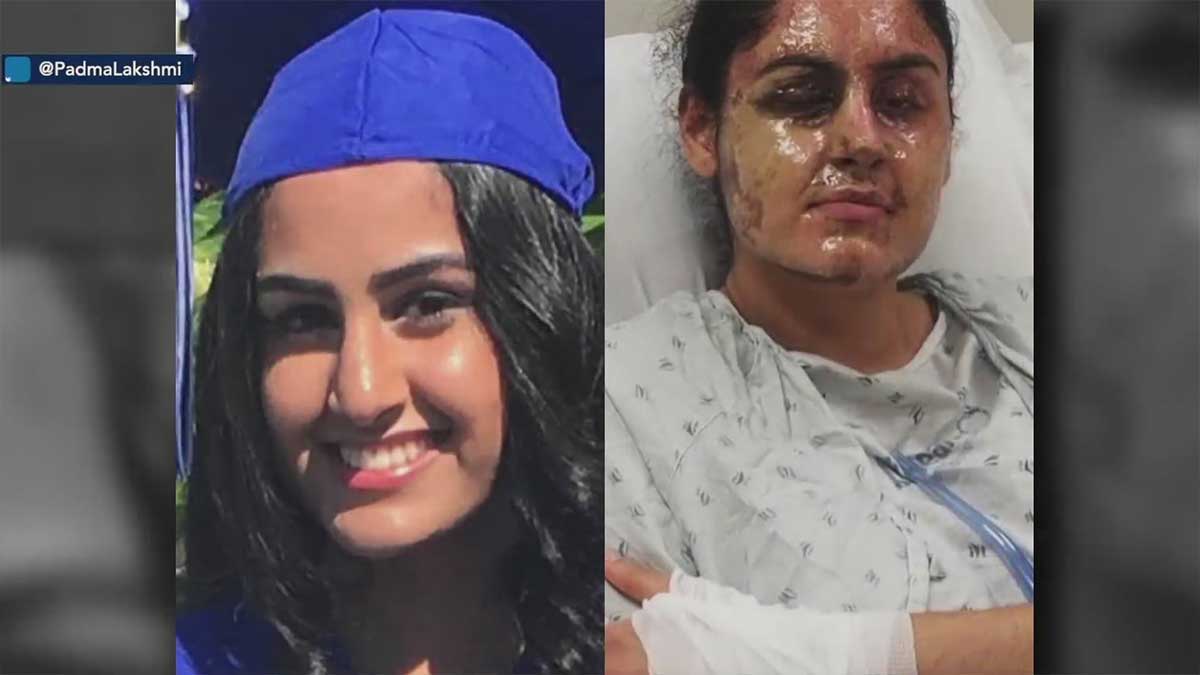 Pakistani college student Nafiah Ikram in Long Island, a suburb of New York City has become the victim of acid attack outside her home.

An unknown man threw acid on the Pakistani college student of 21, disfiguring her face and shattering her life in an attack that activists want to be investigated as an anti-Muslim hate crime.

The incident happened when she and her mother were getting out of their car outside their home when the man rushed up to her, threw a burning liquid at her face and ran off. She was left severely burnt and nearly blind.

Nafiah was studying medicine at Hofstra University with plans to be a doctor, was rushed to the hospital by her mother, who also works there. The attack left her hospitalized for 15 days, with severe burns to her face, eyes, neck, and hands.

Her father, Sheikh Ikram, 50, said that Nafiah was targeted on her way home from work. “No, it’s not a random attack, it’s a planned attack,” The New York Post, a mass-circulation tabloid, quoted him as saying.

“My whole life changed in a matter of five minutes,” Nafiah Ikram said in an interview with WCBS-TV. “We don’t realize what we have until it’s gone.”

She was all but blinded by the attack. “I can just see colors, but that’s it,” she told WCBS. “I want to know, like, what’s the reason? Like, what could I have possibly done to somebody?”