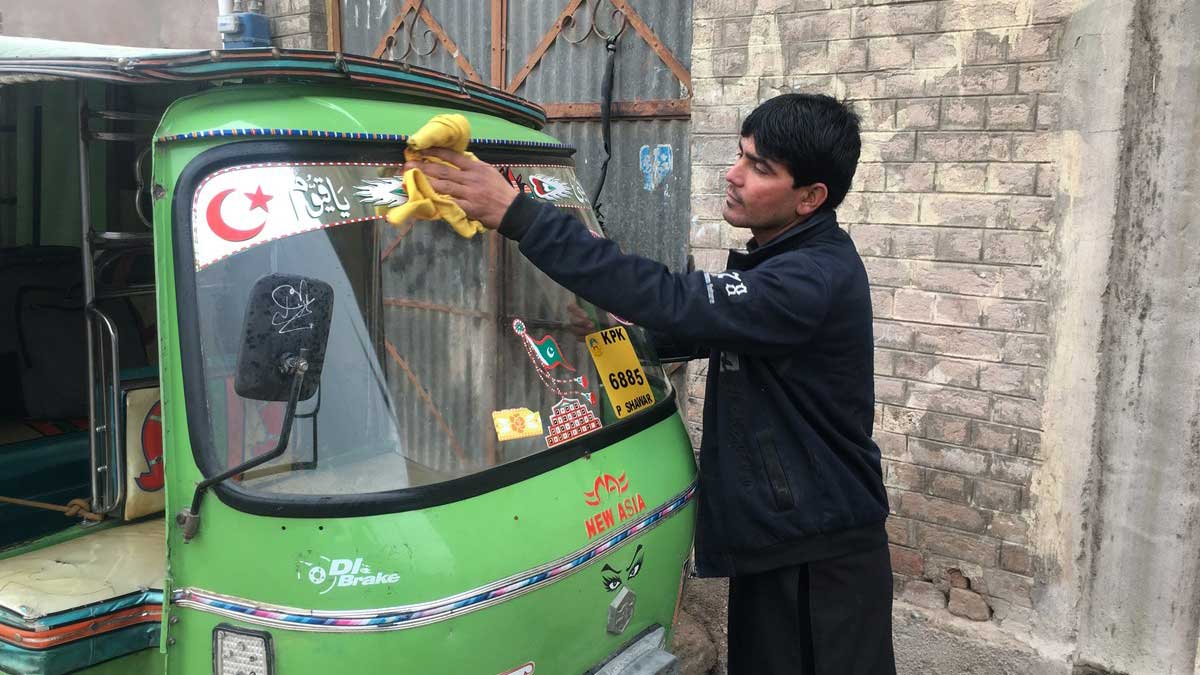 Arab Shah, a 31-year-old rickshaw driver from Peshawar gives free pick and drop to school going girls in order to promote education in his area.

The young dweller of Pir Bala area on Warsak road, Peshawar is an auto rickshaw driver who is providing free ride to more than 100 school-going-girls of his remote area for the last seven years.

He was taken an interview by a local news channel regarding his pious act of kindness who provides free service to nearly 100 girls which costs him Rs 500 every day.

When asked about what inspired him to start the service, he said, “My sisters did not have a facility for transport, due to which they were unable to complete their education. I started this service so that these girls do not miss out on education as my sisters have suffered,” said Shah.

He added, “I want more girls to pursue their education,” continuing that no one from the government supports him.

Shah also revealed, “After dropping students to school, I drive rickshaw till 11:00 pm, which helps me for my livelihood.”

“All this gives me a spiritual satisfaction,” he stated.

Malala also praised him. She acknowledged his efforts for the promotion of girl’s education in Pakistan. According to reports, the father of Malala Yousafzai communicated him on phone and expressed his intention to send money to purchase a pick-up van on her behalf.

This act of kindness of Arab Shah is now taking round on social media platforms and he has become a hero of his village as young girls and their families pray for him and his family.