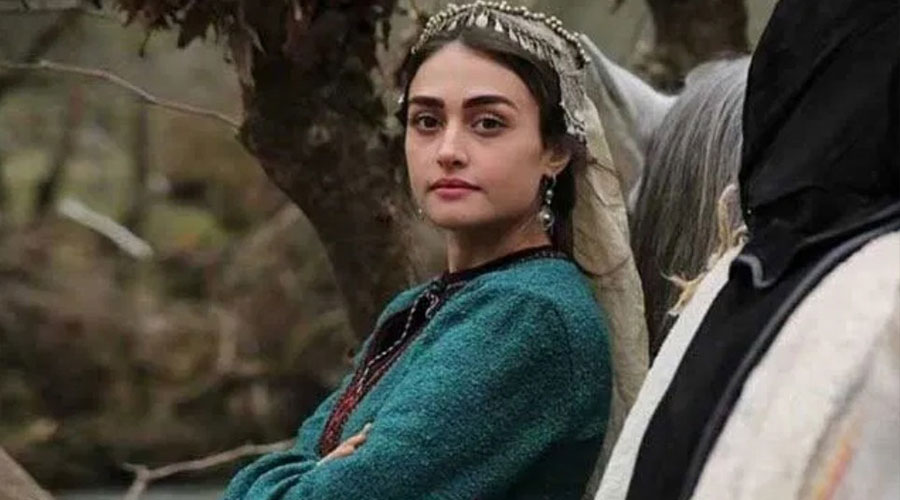 Turkish starlet Esra Bilgic or Halime Sultan from the globally acclaimed period drama Dirilis: Ertugrul, has revealed that she wants to visit Kashmir.

Turkish historical drama Dirilis Ertugrul has generated quite a following in Pakistan and fans are just in awe with the TV series. The leading character of this series Halime Sultan or Halime Hatun in Turkish is one of the most revered characters of the season for her elegant style and her acting.

“I love the mountainous areas of the Babusar Kaghan valley; the views overlooking the valley of Leepa in Azad Kashmir(PaK); the camp plan in Concordia and the amazing Deosai plateau. In fact, the Kashmir region is one of the places I am most curious about and want to travel to and determine a few places for the documentary project.” She was quoted a saying by the Magazine.

Our Turkish cover star Esra Bilgiç at the scene of her photoshoot in #Istanbul wearing all white. ⚪ ? ⬜ Doesn’t she look lovely⁉️? Do you know that the Turkish TV serial ‘Diriliş: Ertuğrul’ or ‘Resurrection: Ertuğrul’ was her first ever TV appearance‼️? Find our more about Esra in her exclusive, first-ever interview and photoshoot for a Pakistani publication‼️❤️ Log onto our website www.hellopakistanmag.com or tap the link in our bio for #EsraBilgiç’s interview and free download of our latest magazine? #hellomagazine #instadaily #instagood #karachi #lahore #islamabad #instanews #instaupdate #hellopakistan

Talking about her character in the Turkish blockbuster, she said, “Halime Sultan is sensitive and strong as I am. She listens to the sound of her heart but never ignores her mind and values. Just like me, she respects nature, people, animals, and plants,”