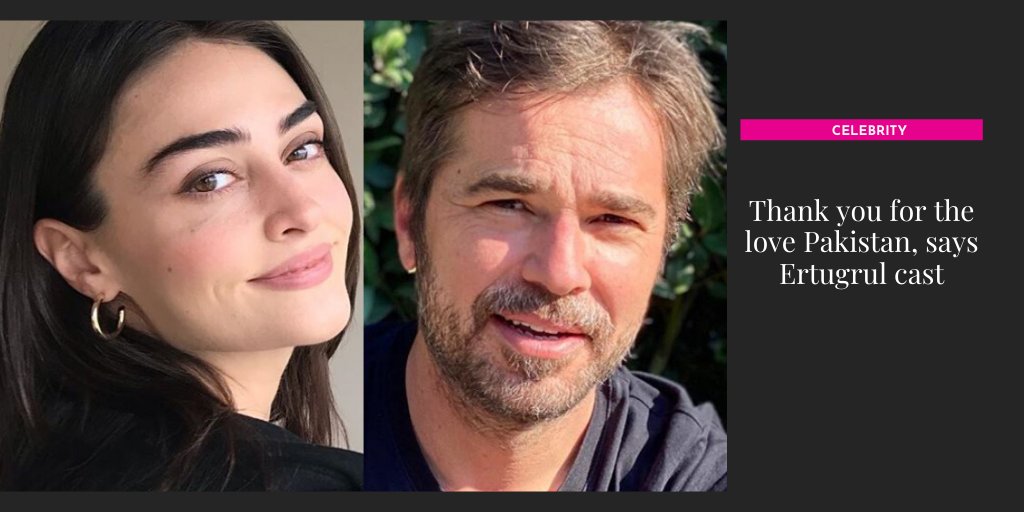 Ertugrul Ghazi cast thanked the whole Pakistani nation who are in awe with their performance in the period drama.

According to the state-run Pakistan Television (PTV), 133.38 million people have so far watched the Urdu dubbed historical drama series from April 25- May 14.

The official youtube channel of the drama series has crossed 267 million views since the drama started airing on 25 April. Its episodes are trending on YouTube in Pakistan every day.

People of Pakistan have started taking interest in the real-life of characters in drama and a large number of Pakistanis visited the Instagram profile of all characters and personally praised them.

Some of the Pakistani actors and actresses are against the airing of Turkish drama because they want the whole nation to watch Pakistani seasons instead.

The extreme likeness and love for the cast of season, Esra Biligic, the leading actress in the drama said, “I’m waiting excitedly to meet you all in Pakistan after this (pandemic) period. Take good care of yourself. Stay in peace and health.” She also wrote, “Lots of love from me to Pakistan” on a comment of her Pakistani fan.

The leading actor Engin Altan Duzyatan said “I love you Pakistan, Thank you for watching us. I hope I can come to meet all of you one day”.

Every other Pakistani is in love with the historical background of the drama who is binge-watching the drama. People of Pakistan are looking forward to meeting the whole Ertugrul cast.

The Turkish television series Dirilis Ertugrul is based on the life and times of the 13th-century Muslim Oghuz Turk leader, Ertugrul.