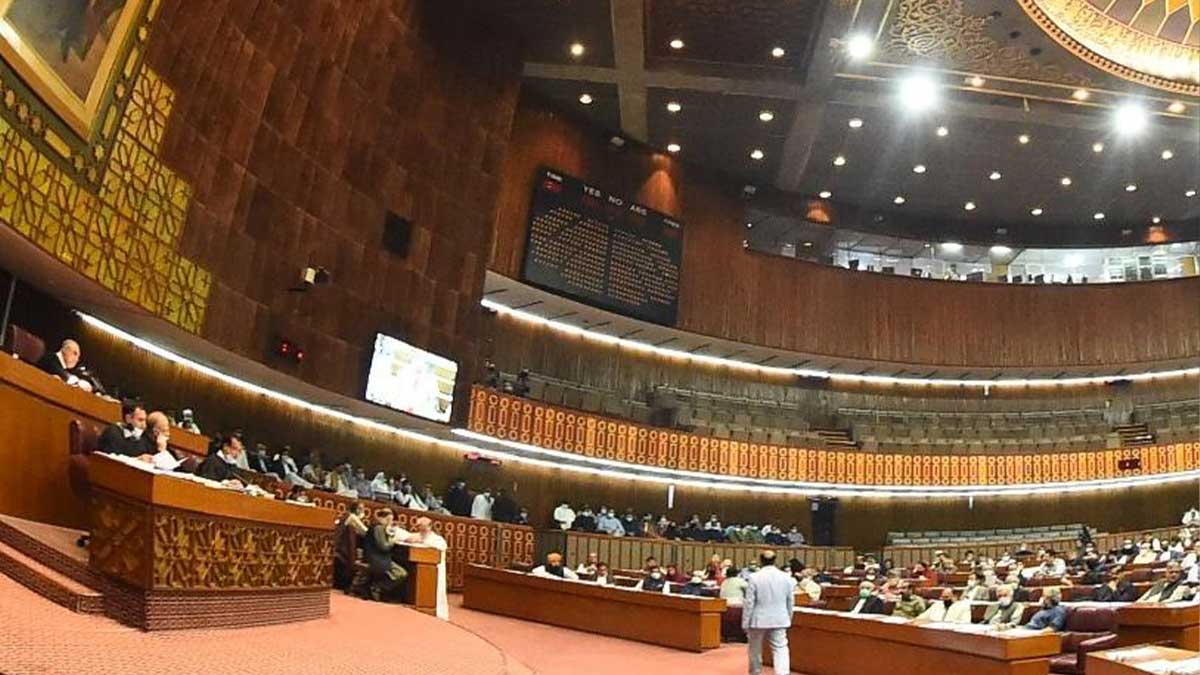 The National Assembly has passed the budget for the new fiscal year with a majority vote amid a dismal showing by the opposition.

The federal budget 2021-22 has been passed easily in the national assembly on Tuesday. The amendments, proposed by the opposition were all rejected while all the amendments, presented by the government benches had been accepted. The size of the budget is Rs 8487 billion.

After the discussion in detail, a vote was concluded by the Speaker, and the budget was passed. The session then was adjourned till Wednesday. During his speech, the federal Minister for Finance, Shaukat Tarin said that only food inflation had increased during the period of the present government and called it it was due to the policies of previous governments.

He said that the previous government badly ignored the agriculture sector while the present government has been focusing on the same. He mentioned, “We are taking action, something that has never been done before, and the government was forced to go the international monetary Fund due to the fiscal deficit it inherited when it came to power.”

He further said that a good budget ensures that the people had food on their tables as “people’s wellbeing is symbolic of a good economy.” He said that the health and education sectors have been ignored in the budget.

Meanwhile, Khursheed Shah showed his concern over the rapidly increasing population of the country and said that it seems that the government has no plans to meet the requirements of the increasing population. After the budget, PPP Chairman, Bilawal told called the budget “unconstitutional and illegal” before the medial.

He said that when you do not give NFC awards to provinces, you are depriving them of their share. Bilawal said that those MNS who were not present in the budget session should have been here.

He added, “I had informed Shehbaz Sharif that all our MNAs will be present and I honored my words. I think this parliament has lost the moral ground and we need to register our protest, bringing no-confidence against the speaker.”