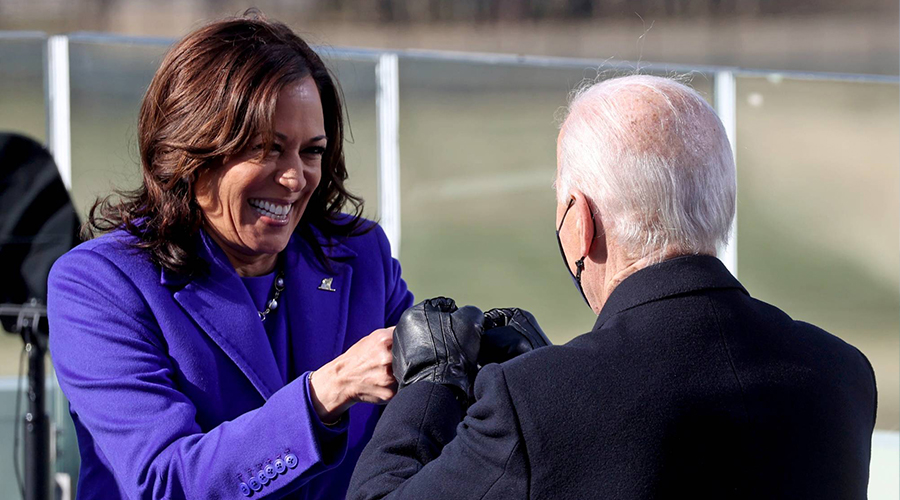 On Wednesday, as the first woman ever to hold the post, former California Senator Kamala Harris was sworn in as vice president of the United States.

In a ceremony at the US Capitol, Harris, 56, took the oath of office from Supreme Court Justice Sonia Sotomayor.

I’m here today because of the women who came before me. pic.twitter.com/ctB9qGJqqp

Meanwhile, Joe Biden from Democratic Party was also sworn in as the 46th President of the United States on Wednesday and taking in charge of a nation that is suffering from deep political stiffness, a ravaged economy and a rampant coronavirus pandemic which cause so much to the country’s economy and has killed more than 400,000 Americans.

Biden took the presidential oath of office, administered by the United States, with his hand on an heirloom Bible that has been in his family for more than a century. “John Roberts, Chief Justice, vowing to “preserve, uphold and defend the United States Constitution.

During a low gathering ceremony in Washington, Biden, 78, became the oldest U.S. president in history, which was essentially deprived of its normal pomp and circumstance, due to both the coronavirus and security issues following the January 6 attack on the U.S. Capitol by outgoing President Donald Trump’s backers.

With his wife Melania, Donald Trump left the White House and went by helicopter to the Joint Air Force Base Andrews sendoff gathering, where he vowed “we’ll be back in some form” to followers and commemorate the actions of his management before flying off to Florida.