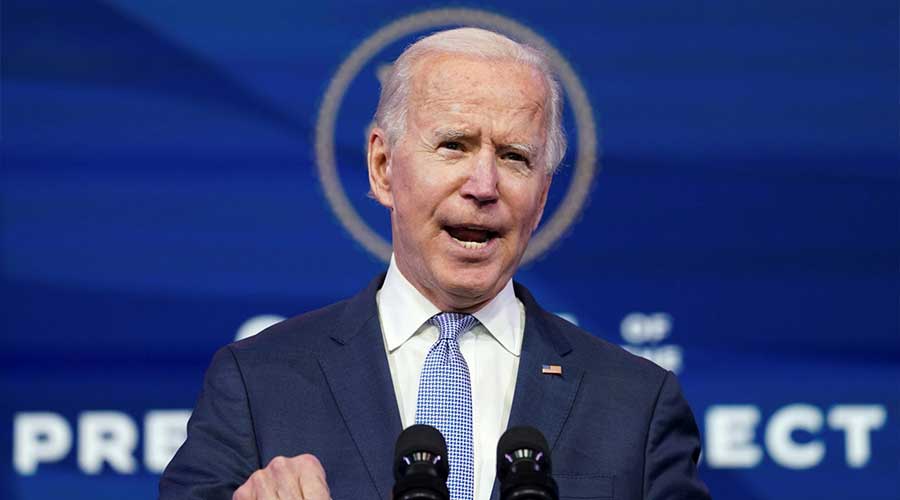 US Congress confirmed the election victory of Democrat Joe Biden and his running mate Kamala Harris early Thursday morning after a busy and turbulent day in which rioters invaded the Capitol, putting the proceedings for more than five hours to a standstill and the building under siege.

The House and Senate both terminated Republican challenges to the Electoral College count, one centered on Arizona votes and a second on Pennsylvania, with the nerves of lawmakers shaken and their emotions inflamed by the assault on the seat of the U.S. government.

Arguments were flown in both chambers in order to intensify the American democracy during the chaos in Capitol. The law enforcement agencies shifted lawmakers to a secure location while trying to regain control of the building.

Due to the riot, many Republicans reconsidered their planned bids to block the official acknowledgment by Congress of Electoral victory of Joe Biden.

But others advanced what their peers described as a risky gambit that would only serve to undermine the confidence of Americans in the democratic system and fuel President Donald Trump’s false allegations that the election was illegitimate, an argument that courts, election officials and state leaders have repeatedly refuted and rejected.

More than 90 senators voted in the Senate against the exclusion of voting certificates from Arizona and Pennsylvania, but half a dozen Republicans voted in favor of the move.

Republicans were more divided in the Assembly. In favor of the objections, more than 100 of the 211 GOP members of the chamber voted, while 64 joined the Democratic majority to defeat the measure.

Meanwhile, as per critics, Trump spread skepticism about the 2020 US election and the objections from the GOP fueled the false claims of the president. Trump’s own appointees have claimed that there is no evidence to support his allegations that he was rigged in the election.

However, several Republicans slammed the objections and said the violence and riots on Wednesday illustrated the risk of such tactics.

“This was a dark day in the history of the Capitol of the United States,” said Vice President Mike Pence, serving in his capacity as Senate President.

“We denounce in the strongest possible terms the violence that took place here. In these hallowed halls, as well as those wounded in our Capitol today, we grieve the loss of life.”

“To those who wreaked havoc today in our Capitol: You have not won.” Vice President Mike Pence ended his remarks by saying, “Let’s get back to work.