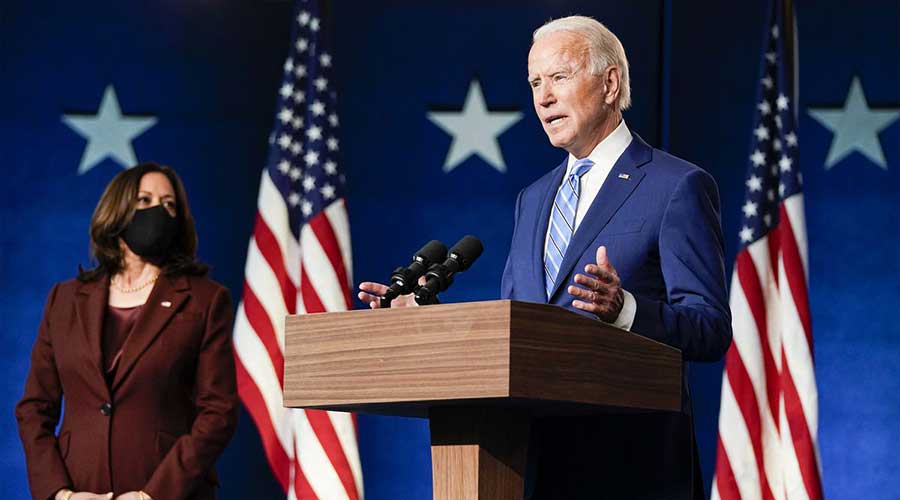 As Joe Biden is poised to become the 46th president of the United States, he would be the oldest president in U.S history a title held by Ronald Reagan.

As of now, the oldest sitting president in U.S. history was Ronald Reagan, who was 77 when he left office in 1989.

As the world watches patiently at the 2020 presidential election results, Biden claimed that he is very confident of winning the election once every vote is counted and urges his followers to endure patience.

“We feel good about where we are,” Biden said in his home state of Delaware. “We believe we’re on track to win this election.”

Meanwhile, Donald Trump. 74, appeared at the White House after his rivals statement and declared victory.

“This is a major fraud on our nation. We want the law to be used in a proper manner. So, we’ll be going to the U.S. Supreme Court. We want all voting to stop.”

However, Donald Trump has not provided any evidence to support his claim of election fraud and also did not explain on which ground he is challenging the results in the Supreme Court, which does not hear direct challenges.

Voting is still counted as it takes days to finish counting the ballots. In the era of COVID-19 many Americans preferred to vote through the mail — majority broke for Biden — which is another obstacle to count votes as early as possible.

The close elections will be highlighting the political division in the US. The next US president will be having a major issue of coronavirus pandemic which has killed more than 231,000 American citizens and left millions more jobless, apart from that another challenge is racial issues and differences between rural and urban Americans.