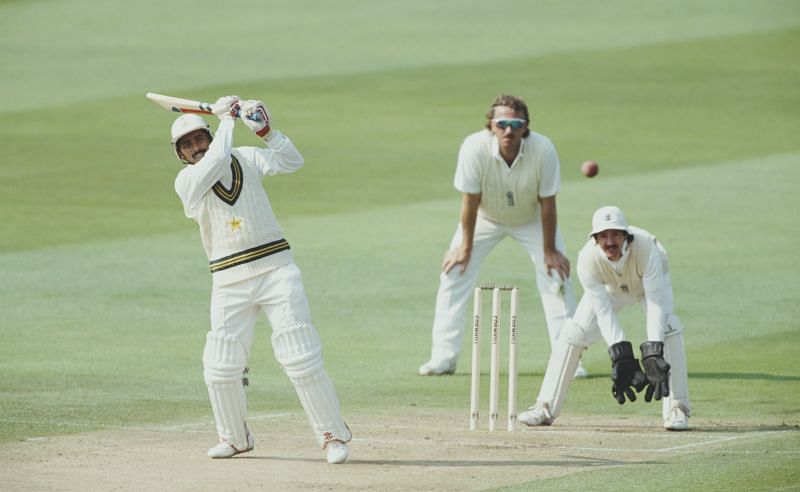 A legend of Pakistan cricket game Javed Miandad who is revered for a win in which he hit a six on the last ball in a nail-biting final at Sharjah, UAE in 1986. Javed Miandad recently said that modern day cricket needs a modification, specifically for the test format and said that currently, there is a lack of flexibility in the playing fields along with number of hours played in the test cricket.

What Javed Miandad is saying is definitely worth thinking. In bad weather, a constant disruption in the match due to bad light or rain affects performance and situation in the ground. He gave an example of the second test match between Pakistan and England at Southampton which ended as a draw due to bad weather conditions.

Therefore, Javed Miandad thinks a fresh modern approach needs to be adopted for test cricket. While giving some suggestions, the former Pakistani batsman thinks that matches need to be held according to the climate conditions. Javed Miandad urged International Cricket Council (ICC) to look into this recurring matter.

“The ICC needs to show some creativity and adopt a modern approach by adjusting the hours of play, instead of this rigid approach. The priorities and requirements of cricketing audiences around the world are changing and the ICC needs to take this into account before more fans are disheartened and stop watching cricket. There has to be versatility in the playing conditions and playing hours and I suggest that play should start earlier in some countries or finish later where possible, according to the climate.”

In support of his statement he further added:

“I see no sense in a fixed 11 a.m. to 6 p.m. day in England when play could even start at 10 a.m. Those that run the game really need to start thinking out of the box regarding playing conditions, the use of pink cricket balls, the quality of floodlights, as well as drainage and playing area covers and facilities at grounds, before cricket becomes an even bigger laughing stock”.