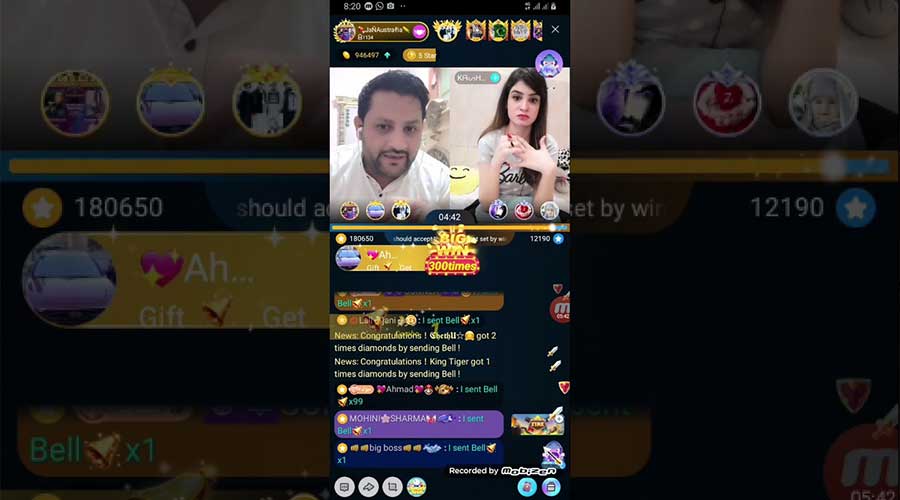 Bigo Live is one of the most popular video-chatting platforms in Pakistan. However, in a recent development over the immoral content, Pakistan Telecommunication Authority (PTA) banned Bigo Live in Pakistan. Several people have lost a source of earning money after the ban on Bigo Live and some Pakistani top cricketers are among them.

Active and retired both cricketers were earning handsome money by using the platform while interacting with their fans. However, the ban is imposed on Bigo Live but the majority of the users still use the video chatting service via Virtual Protocol Network (VPN).

The host can earn money if receives diamonds and beans from fans or by completing the targets set by Bigo.

There is a game on Bigo Live called PK and Pakistani cricketers were frequently seen playing against each other. If players complete monthly targets they then receive commission plus salary from their team.

How much money cricketers were earning from Bigo Live?

$1 is equivalent to 210 beans, If there is a target of 100,000 diamonds then it means the host will receive $470, the salary is 50 percent of the converted which is in this case is $235. Therefore a player can earn $700 from the platform in a month. This is just an ideal calculation, a player can earn more or less based on its performance.

However, Pakistani Wicket Keeper Kamran Akmal denied the claim that he used Bigo as a side income but said he knows cricketers who lost their jobs due to structural change and were using the platform to earn something.

Some cricketers are using the platform for a time pass during COVID-19 pandemic and some want to interact with their followers and improve their fan following.