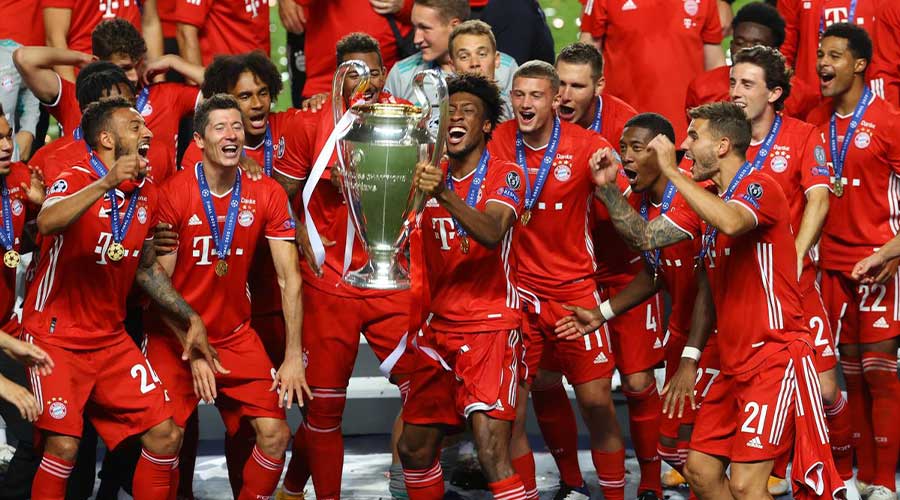 Kingsley Coman was the man of the match from the winners Bayern in Sunday’s Champions League final against French giants Paris Saint-Germain (PSG).

The former Bundesliga and Bayern Munich midfielder Hargreaves described Coman heroics as Bayern King in the Champions League Final.
The player also praised Bayern coach Hansi Flick’s decision to add Kingsley Coman in the final eleven to play against PSG in the final in Lisbon.

Coman’s brilliant game in the final and superb header in the second half gave Bayern lead which remained till the final whistle. By winning the Champions League trophy Bayern sealed the treble in the season.

According to a former player, the Hansi Flick side is the greatest Bayern Munich team and current manager turned this team into goal machines.
“Everyone in Germany is blown away, the football has blown everyone away.

“Last year Liverpool outplayed them and we thought it was the end of an era and now it’s the start of an era. Leroy Sane is still to come into this team.”

Kingsley Coman headed the only goal of the game in 59th minute of the gameplay at Estadio da Luz Lisbon on Sunday as Bayern Munich clinch the Champions League trophy for the sixth time in their history.

Kingsley Coman was the first Frenchman after Zinedine Zidane in 2002 to score a decisive goal in the final of football biggest game in European club football.

The Bayern made another record in their champions league journey as they won all 21 matches and became the first team to win every game in the Champions League campaign.

Kingsley Coman was the MVP but also showed respect for his former club. He said: “It’s extraordinary, a great happiness. A little sadness for Paris, they have had an extraordinary journey. we must respect what Paris has done.

“We tried to put a lot of pressure on them. They played on the counter, but didn’t concede a goal, that’s the most important thing. “Paris played a great game, so did we. It was a great final.”