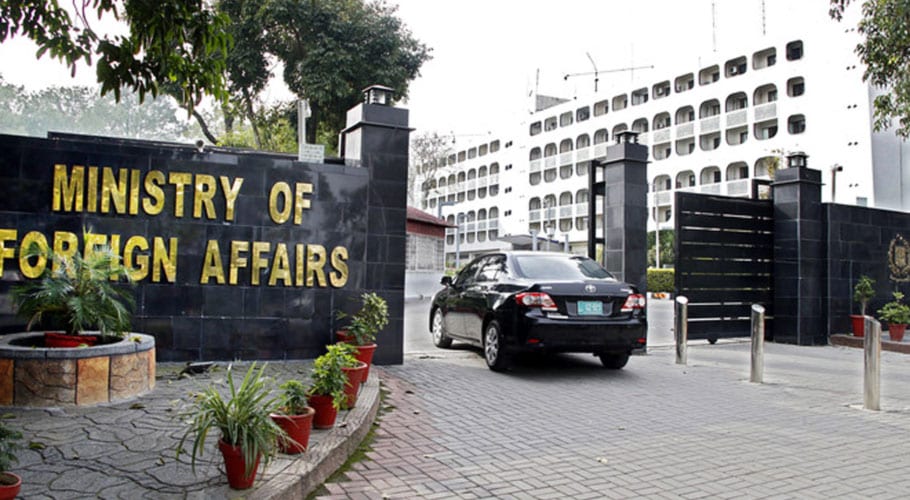 Foreign Office on Thursday said India and its intelligence agencies are involved in money laundering and other financial crimes for sponsoring terrorism in Pakistan.

The spokesman of the foreign office, Zahid Hafeez Chaudhry has said that India has been backing all the terrorist activities throughout the world, and neither the courts are free nor democracy exists there.

The spokesman said that Indian agencies have been involved in money laundering and other financial crimes and the state has been strengthening these criminal acts of its intelligence agencies. The most biased decision of the recent Babri Mosque case by the Indian Court has unmasked the veil from the face of India, the decision has been given under the influence of Hindutva extremism.

All those, involved in the tragedy of the Babri Mosque have been released. It is now the 428th day of Indian siege and lockdown in Kashmir and the condition in the valley is getting worse, 6 Kashmiris were martyred. The assassination of advocate Babar Qadri is highly condemnable.

After talking about India sponsored financial crimes in Pakistan, he said that foreign minister Shah Mahmood Qureshi had addressed another letter to the UN Security Council president as part of efforts to apprise the world body of the grave situation in occupied Kashmir as well as peace and security in the region.

Zahid Hafeez Chaudhry said the offer of arranging the meeting of Kulbhushan Jadhav with his wife and father still exists but India did not respond to that so far. He said that India has been contacted regarding the murder of 11 Pakistani Hindus in there and the issue will remain alive with India. The protest of the Hindu council of Pakistan is justified.