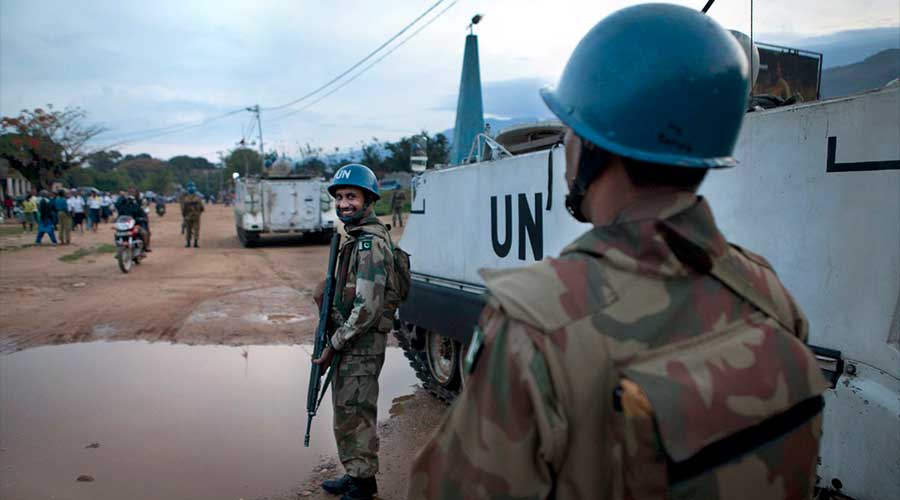 A Khyber-Pakhtunkhwa SP ranked police officer Sajjad Khan has been conferred with the Best Police Officer of Asia award by the United Nations (UN) in acknowledgment of his services for the United Nations Peacekeeping Mission in Kosovo.

Superintendent of police (SP) Sajjad Khan provided his services as the Team Leader of the United Nations Peacekeeping Mission in Kosovo back in 2009 to 2012. During his tenure, SP Sajjad Khan effectively accomplished the investigation of various Muslims’ prosecution cases and other criminal cases in the International Court of Justice.

He was also involved in prosecuting different illegal cases as the Legal Liaison Officer in the International Court of Justice.

Before departing to the UN Peacekeeping mission, SP Sajjad Khan had served with the Interpol Investigation Officer from 2007 to 2008. In his occupancy as an Interpol officer, he also worked with additional responsibilities as the Legal Liaison Officer and Admin and Logistic Officer.

After winning the UN Award, SP Khan stated that the serving in Kosovo was nothing less than a challenge.

In addition to it, he also gave advice to other young officers who deployed in UN Peacekeeping Missions all over the world to recognize the culture and environment of the countries where they are posted and act accordingly.