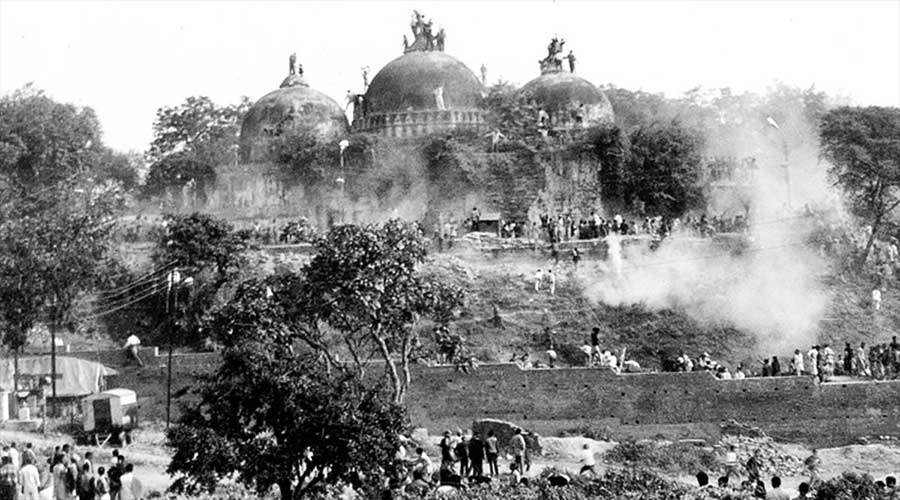 Pakistan on Wednesday strongly condemned the acquittal of all the accused in the historical Babri Masjid demolition case by an Indian court, terming it a “shameful” verdict.

“Pakistan strongly condemns today’s shameful acquittal of the criminals responsible for demolishing the centuries-old Babri Masjid in Ayodhya in 1992,” said the country’s Foreign Ministry in a statement.

The PTI leader Dr Ramesh Kumar Vankwani and the patron-in-chief of the Pakistan Hindu Council (PHC) stated that Pakistan is improving towards the rights of minorities, whereas the Indian Supreme Court ordered to build a temple after demolishing a mosque. Dr. Ramesh stressed that it was a wrong decision to construct a temple at the site of Babri Masjid.

In a ruling of 28 years old Babri Masjid demolish case, all 32 suspects which includes Indian senior politicians LK Advani and Murli Manohar Joshi have been given a clean chit by the special Central Bureau of Investigation (CBI) court in Lucknow, India.

In the Babri mosque demolition case the founding member of BJP’s LK Advani, Uma Bharti, former chief minister of Uttar Pradesh Kalyan Singh, Murli Manohar and others were cleared, as the special court found not enough evidence of involvement.

In the verdict given by the Special Judge SK Yadav stated that the demolition of Babri Masjid by unlawful elements was not pre-planned, however, the leaders of BJP’s tried to stop the attack but failed.

Furthermore, Judge SK Yadav believed that the demolition in 1992 was not a criminal conspiracy. During the verdict, strict security was observed in the surrounding areas of the special court in Lucknow.

In November 2019, the Supreme Court of India gave a verdict on Babri Masjid which stated that the Hindus will get Ayodhya land and to build Mosque an alternate land should be allotted to Muslims in order to balance the claims.

The unanimous decision on long-awaited case was announced by a five-member bench of the Indian apex court led by Chief Justice Ranjan Gogoi. The other members were S. A. Bobde D.Y. Chandrachud, Ashok Shushan and S. Abdul Nazeer.

In August, Indian Prime Minister Narendra Modi laid the foundation stone marking the start of construction for a grand Ram temple on the ruins of Babri Masjid in Ayodhya destroyed in 1992.