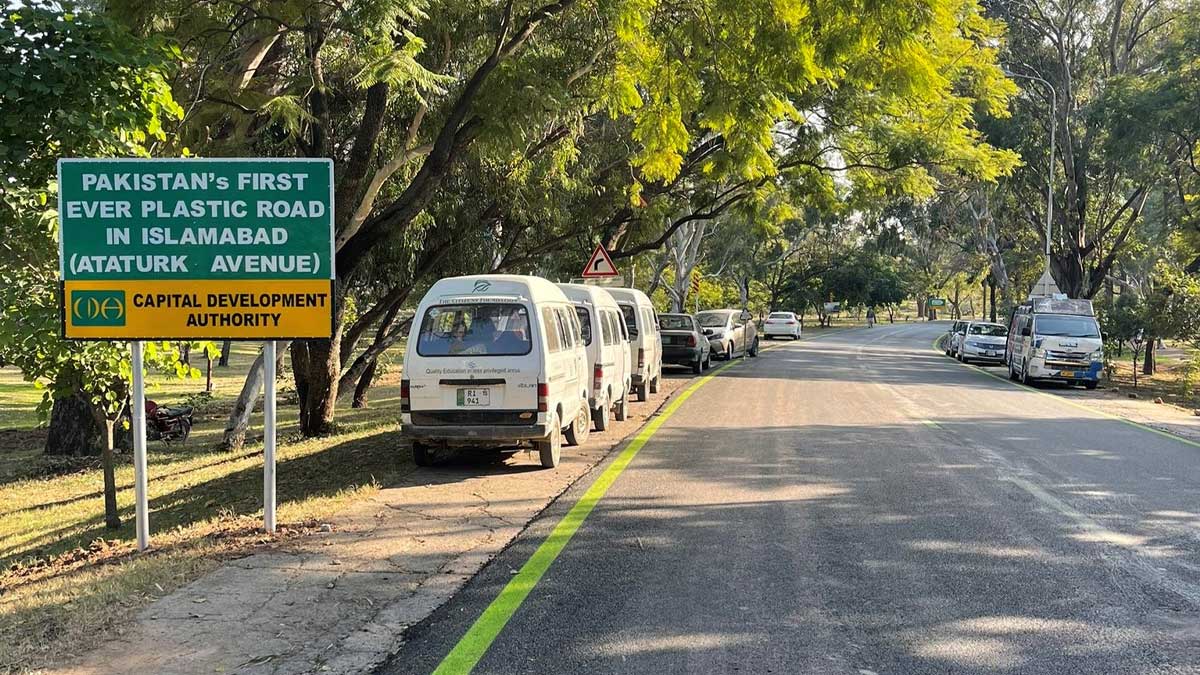 Interior Minister Sheikh Rashid made the announcement while initiating the first-ever plastic road project, in which a patch of the 1km-long road of Ataturk Avenue was carpeted with plastic mixed bitumen.

Sheikh Rashid cherished the Capital Development Authority (CDA) Chairman Amer Ali Ahmed and other associates for coming up with an outstanding idea. The ceremony of inauguration was joined by students and environment-friendly people. A ceremonial walk was also arranged.

Almost 10 tonnes of plastic bottles were utilized in the project and have been implemented jointly by National Incubation Centre, Coca-Cola, and CDA. It is to be mentioned that many countries of the world have before now constructed a number of plastic roads.

Moreover, CDA Chairman Amer Ali Ahmed told the media that in advance of carpeting the road, CDA, and its partners led an experiment in F-9 Park which was successful.

He said Islamabad made about 700 tonnes of waste on daily basis including about 150 tonnes of plastic waste. “In the future, we will use plastic waste for the good purpose of using inroads. This step will not only help CDA reduce the cost of the roads but above all, it will help to reduce pollution,” he added.

He said plastic roads are domineering to decrease dust, which has been a cause of meager air quality.

“We have the worst air quality so plastic roads will be helpful to reduce dust so air quality can be improved. Whereas, plastic waste has badly hit streams, rivers, and other water sources. It also affects soil fertility. I would say, the government should carpet a maximum number of roads under plastic mixed bitumen to control dust pollution”, he said.