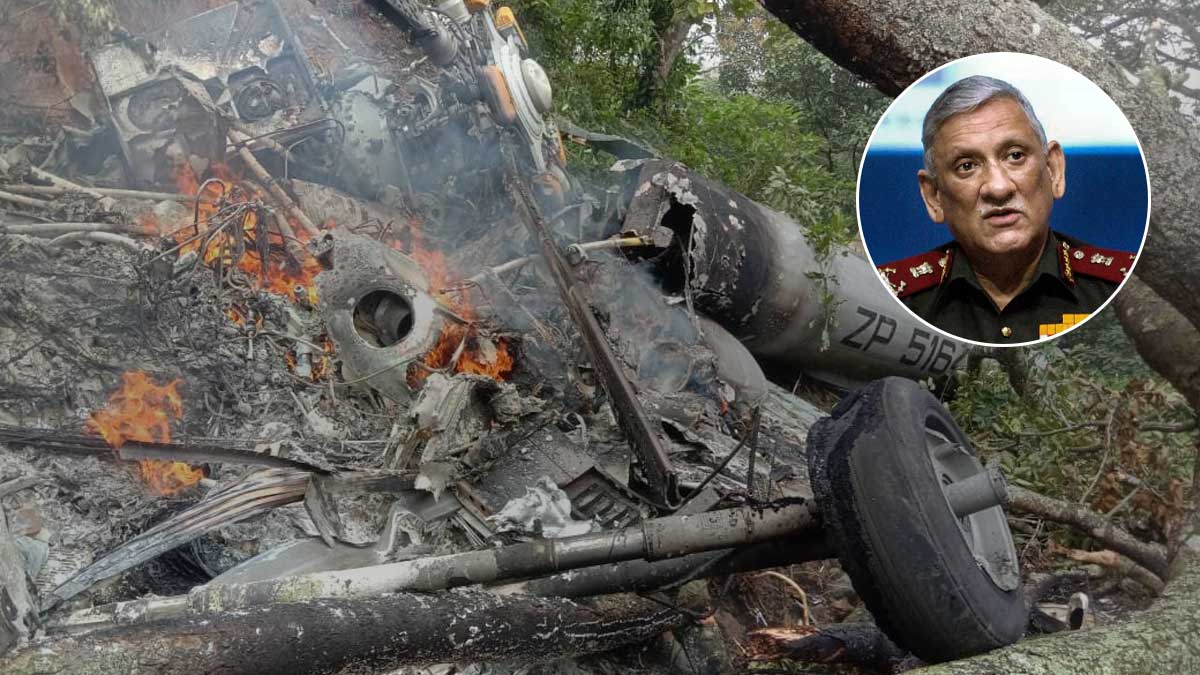 “An IAF Mi-17V5 helicopter, with CDS Gen Bipin Rawat on board, met with an accident today near Coonoor, Tamil Nadu,” the Indian Air Force said on Twitter.

According to Indian media, four people have died in the helicopter crash, whereas, three individuals have been rescued with severe burn injuries.

As per media General Rawat’s wife, the defence secretary, security commandos were also onboard.

An investigation into the crash is ongoing, according to the Air Force.

The Mi-17 helicopter, which originally entered service in the 1970s and is now widely used by defence forces all over the world, has been involved in a number of crashes.

In a training accident involving the aircraft in central Java in 2019, four Indonesian troops were killed and five others were injured.

General Bipin Rawat, the Indian army’s highest-ranking military official, was appointed to the newly created post of CDS just a day before he was supposed to step down as army chief on December 31, 2019. Gen Rawat’s new duty included overseeing the Defence Ministry’s new Department of Military Affairs.

Rawat hails from a military family that has served in the Indian armed forces for numerous generations.

The general joined the army in 1978 as a second lieutenant and has served for four decades, commanding forces in Indian-controlled Kashmir and along the Line of Actual Control with China.

He is recognized with suppressing violence along India’s northeastern border and overseeing a cross-border counter-insurgency operation in Myanmar.