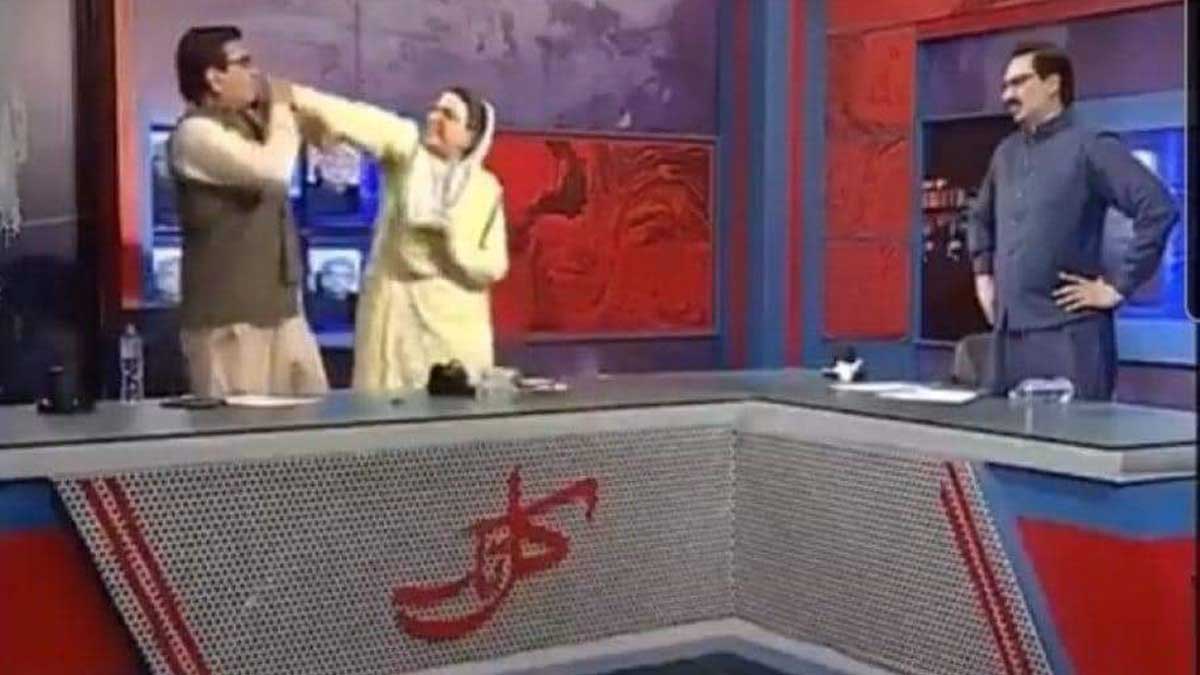 A footage of SACM Punjab on Information Dr Firdous Ashiq Awan and PPP MNA Qadir Khan Mandokhail is making rounds on all social media platforms in which both of them can be seen mistreating each other on a television show.

On Thursday, the talk show “Kal Tak” was being aired where Dr Firdous Ashiq Awan made headlines when she slapped PPP MNA Qadir Khan Mandokhail and later they both went abusive by getting into a physical altercation.

The discussion regarding the government’s performance and excessive load shedding was going on, that turned into a shouting match between the two over the recent train collision in Sindh’s Ghotki district which claimed the lives of more than 60 people.

However, the video started circulating on the internet and #FirdousAshiqAwan started trending on Twitter. Many netizens were of view that this was the second time the government official had been caught “misbehaving” on camera, pointing to an earlier incident with the Sialkot assistant commissioner.

Firdous Ashiq Awan demanded to show other side of the story

In a tweet, Awan claimed Mandokhel had used foul language which infuriated her and that only a one-sided story was being shared in the video. She asked the TV channel to release the full video.

“During the talk show, PPP’s Qadir Mandokhel threatened me. He insulted my late father and me by using abusive language. I had to take an extreme step in my defence,” Firdous Ashiq Awan tweeted along with a video statement.

“Such rude individuals have nothing to do with politics and ethics. These people are a blemish on the face of society and politics,” she said, adding that action will be taken against Mandokhail’s conduct.

No statement has been as yet by the PPP MNA.