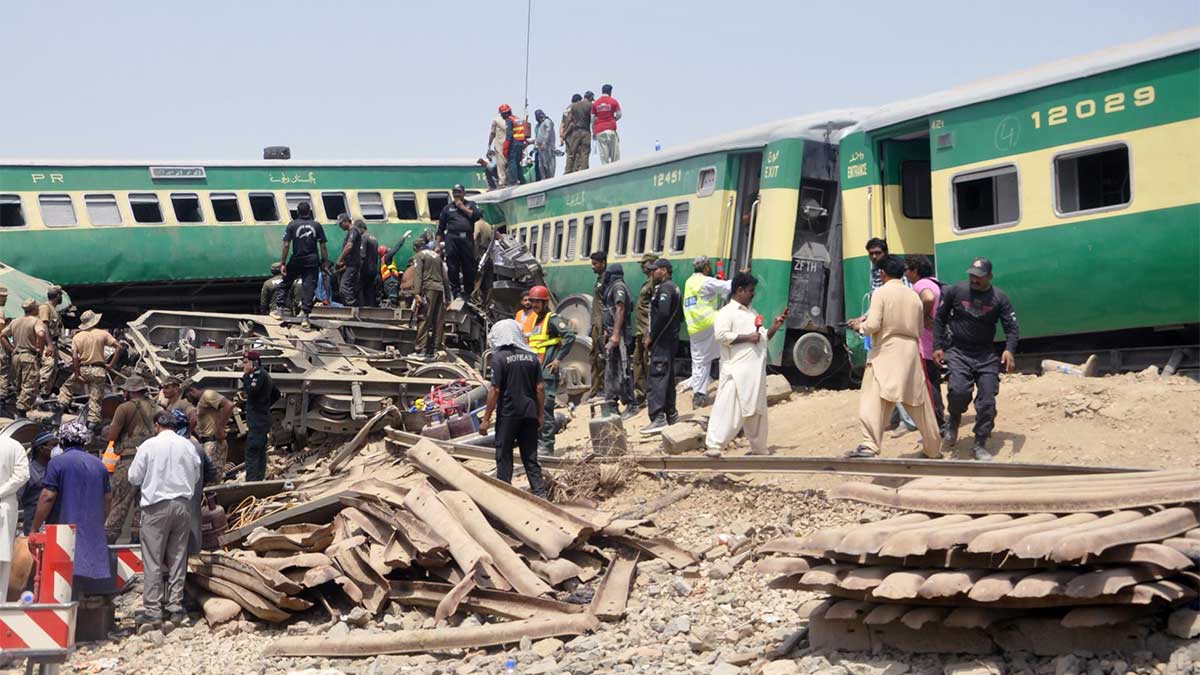 A collision between two passenger express trains in Sindh’s Ghotki district killed at least 36 people and injured 64 on Monday.

The Millat Express derailed and the Sir Syed Express train hit it soon afterwards, railways officials confirmed, saying that the collision took place between the Raiti and Obaro railway stations.

Police and rescue officials, with the help of locals, are transporting the dead and injured passengers to nearby hospitals, Police officer Usman Abdullah informed the AP news agency and added that villagers were also helping pull out bodies and injured people from the wreckage.

As per media reports, there are still 15-20 passengers trapped in the wreckage, and rescue operation might take some time because heavy machinery was not available at the site for hours after the crash.

Prime Minister Imran Khan on Monday expressed shock at the Ghotki train accident, ordering a “comprehensive investigation” into the matter.

Taking to Twitter, the prime minister reacted to the incident, instructing Railways Minister Azam Swati to arrive at the site and help the injured with the provision of medical assistance.

“Shocked by the horrific train accident at Ghotki early this morning leaving 30 passengers dead. Have asked Railway Minister to reach the site and ensure medical assistance to the injured and support for families of the dead. Ordering a comprehensive investigation into railway safety fault lines,” he tweeted.

As of 9:40am, according to a statement issued by the ISPR, relief and rescue efforts are underway at the incident site.

Army and Rangers troops are assisting in the relief and rescue operation.

A military doctor and paramedics, along with ambulances, moved from Pannu Aqil has also reached incident site, the ISPR statement read.