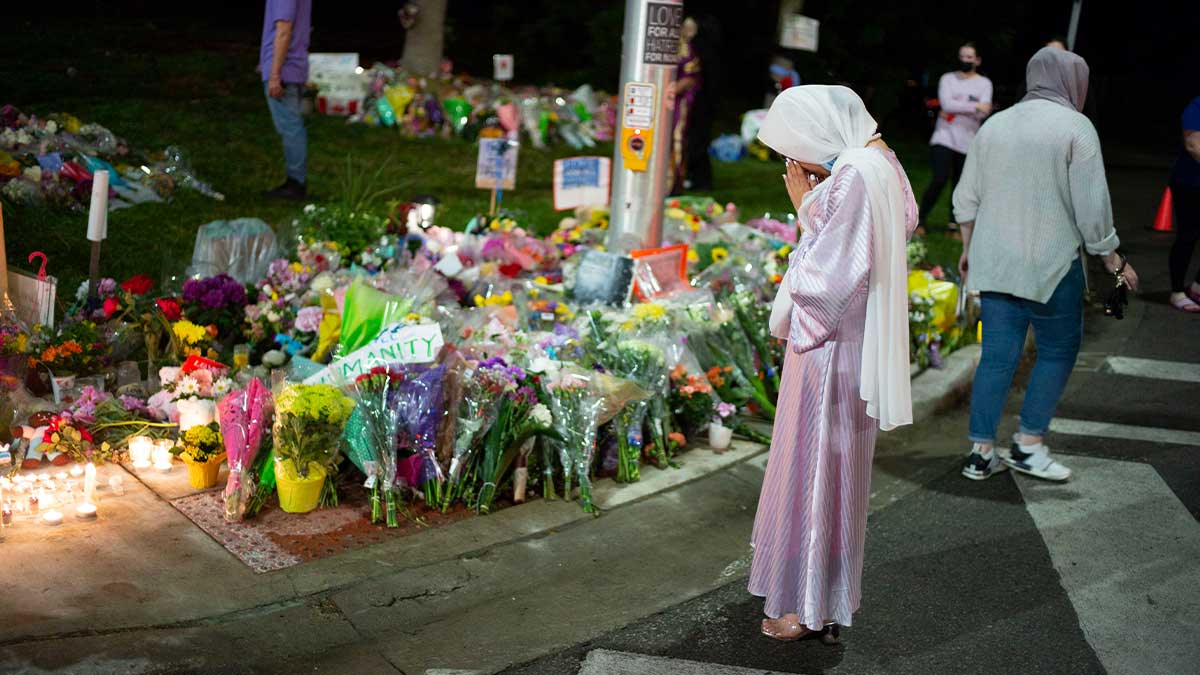 The Canadian man who slammed his pick-up truck into a Muslim family in London, Ontario, and martyred four people in a terrorist attack appeared briefly by Zoom before a judge on Thursday and is due back early next week.

Nathaniel Veltman, 20, was arrested on Sunday in a London, Ontario, mall parking lot, a short distance from the city’s oldest mosque. He was wearing what appeared to be an armoured vest and a helmet at the time, police said.

Veltman, who will next appear in court on Monday, faces four charges of first-degree murder and one of attempted murder.

Police said on Monday that the man accused of killing four members of a Pakistani Muslim family in Canada after driving them over in his pickup truck targeted them in a hate crime.

According to witnesses, Nathaniel Veltman, 20, jumped the curb in his vehicle on Sunday, struck five members of the family ranging in age from 9 to 74, and then drove away at a high speed.

“There is evidence that this was a planned, intentional crime motivated by hatred,” London Police Detective Superintendent Paul Waight told reporters.

Waight stated, “We believe the victims were targeted because of their Islamic faith.”

He went on to say that police in London, about 200 kilometres southwest of Toronto, were conferring with the Royal Canadian Mounted Police and prosecutors about possible terrorism charges.

According to authorities, the suspect has no criminal history and is not known to be a member of a hate group.

Nathaniel Veltman was apprehended in a mall parking lot while wearing a body-armor-type vest, according to authorities. He did not have any accomplices, according to the evidence.

According to media sources, the muslim family came from Pakistan about 14 years ago.

Justin Trudeau, the Prime Minister of Canada, expressed his dissatisfaction with the situation on Twitter “”Islamophobia has no place in any of our communities,” he said, adding that He was “horrified” by the news. This hatred is pervasive and vile, and it must be eradicated.”