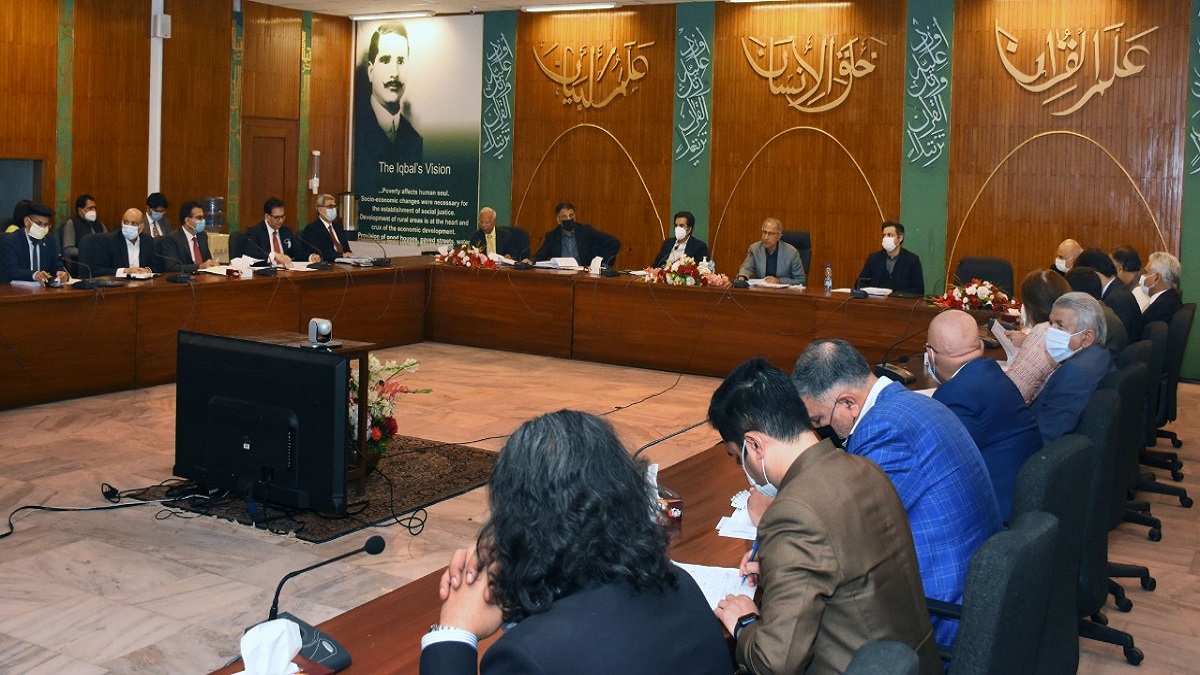 12 projects worth Rs267 billion has been approved by the Executive Committee of the National Economic Council (ECNEC).

A meeting of the Executive Committee of the National Economic Council (ECNEC) was held under the Chairmanship of Dr. Abdul Hafeez Shaikh, the Federal Minister for Finance and Revenue. In The meeting, different summaries about various projects were presented.

A summary about the Khyber Pakhtunkhwa Human Capital Investment to be sponsored and executed by the Department of Health, Government of KPK and funded by the World Bank, costing Rs.13,260 million was presented.

Another summary regarding the construction of 2 lanes and widening/rehabilitation of the 2 lane carriageway of the Shikarpur-Rajanpur section of Indus Highway to be executed by the National Highway Authority (NHA) was presented. The project will be sponsored by the Ministry of Communication and ADB. Its total cost will be Rs.44,703.890 million that ECNEC approved the project.

Another summary regarding the 10,000 Kanal land acquisition for Swat Motorway phase II was presented. The project will be sponsored by the government of KPK and executed by Pakhtunkhwa Highway Authority (PKHA) (through Federal PSDP) equal to Rs.20,000 million for construction of about 80 km 4 lane motorway from Chakdara to Fatehpur was also approved.

The total cost of the project comes to Rs.18,679.89 million.  The establishment of a 48 mega Watt Jagran Hydropower Station (Phase -11) at District Neelum has also been approved at the cost of Rs.11,372.135 million. The project, called “Sind Resilience Project (PDMA Component)”, costing Rs.15,309.14 million was also approved in the meeting. The Gwadar-Lasbela Livelihood Support Project, costing Rs.12,329.549 million was approved.

The Locust Emergency and Food Security Project, amounting to Rs.31,630.60  was also approved in the meeting. The greater Karachi water Supply Scheme was given approval in the ECNEC meeting. The cost of this project will be Rs.25,551.77 million.