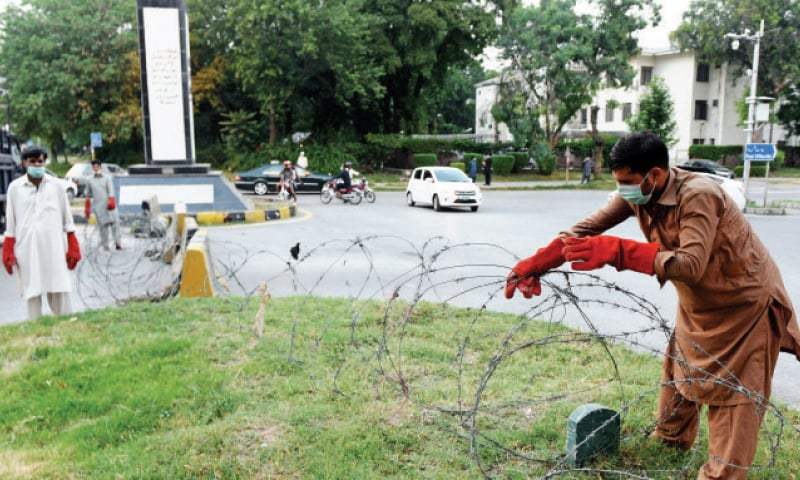 Islamabad administration reported that the coronavirus spread is controlled as less than 400 new cases are reported which were double before imposing the smart lockdown.

There had been more than 750 new cases reported daily a day before a week ago but now cases have been controlled to less than 400 new cases every day in the lockdown hotspots. The highest number of coronavirus new cases were reported on 14th June with 771 new patients, the next day the reported cases were 635 new cases, and after which it did not cross 400 new cases daily.

Muhammad Hamza Shafqaat the Deputy Commissioner of Islamabad said that the administration worked very hard to bring down the newly reported cases and curtail the spread of coronavirus that is now being controlled to a greater extent which were at first looking like an uncontrollable spread. He further said that new cases reported had reached 600-700 that has been lessened to 400 by the smart lockdown and adhering to standard operating procedures made a big difference.