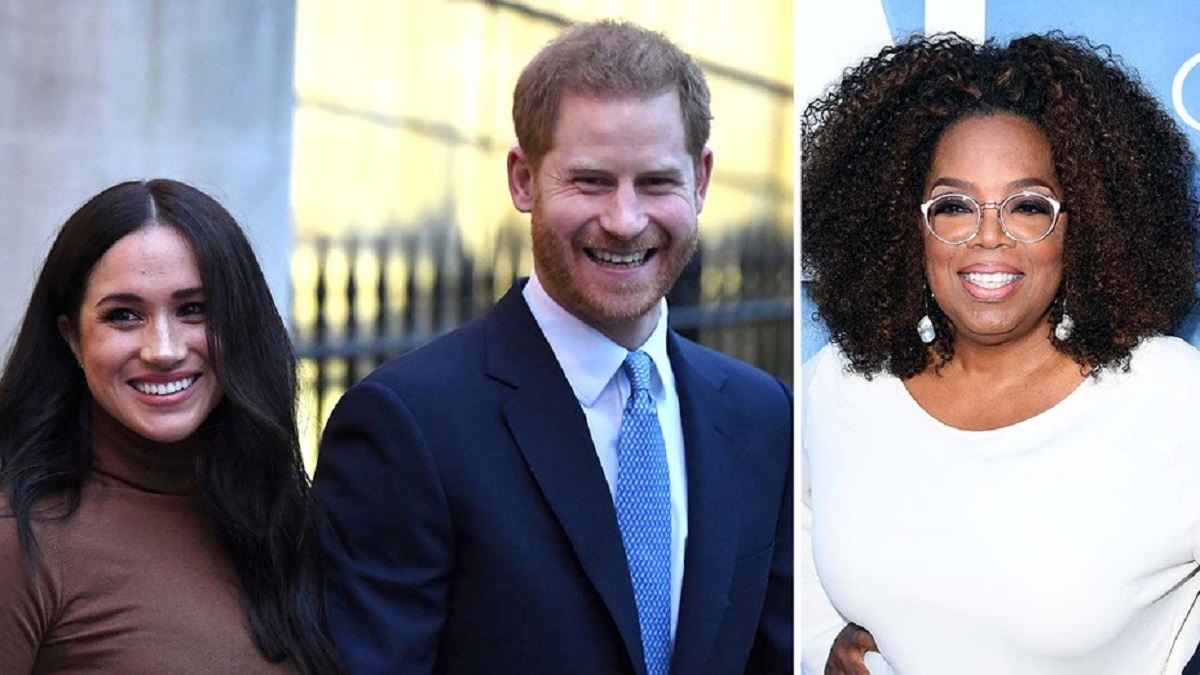 On behalf of the Queen, The Buckingham Palace has reacted to the controversial accusations made by Prince Harry and Meghan Markle in a bombshell interview with Oprah Winfrey Sunday night.

On Tuesday, the Royal Family released a statement in which they expressed their “sadness” and stated that they would discuss the issues privately as a family.

The statement reads, “The issues posed, especially those of race, are worrying.” “While certain recollections can differ, they are closely monitored by the family and will be treated privately.”

In an official royal announcement, Buckingham Palace said, “Harry, Meghan, and Archie will always be much loved family members.”

During the two-hour special with US TV host, the Duke and Duchess of Sussex made startling accusations. Meghan suffered suicidal thoughts after marrying into the royal family, the couple told Winfrey.

Harry and Meghan claimed that members of the family posed “concerns” about “how dark” their future biracial children would be, and “what that would mean or look like.”

Racism was a major factor in the couple’s decision to leave the UK and step down from their roles as active senior members of the royal family a year ago, according to the Queen’s grandson.

Harry later requested that Winfrey remember that neither his grandmother, Queen Elizabeth II, nor his grandfather, Prince Phillip, who has been hospitalized for weeks, made the racist remarks.

“The tabloids had apparently known my father location for a month or so and planned to keep until the Sunday before our wedding because they wanted to createa drama,” she said, describing how she felt misled after Thomas lied about talking to the press and creating paparazzi photos.

Furthermore, “We called my dad and I asked him [about staging the photos] he said, ‘No, absolutely not,’ ” the Duchess continued. “I said, ‘The institution has never intervened [on] anything for us, but they can try to go in and kill this story. But if they do this once, we’re not going to be able to use that same leverage to protect our own kids one day.’ “

“I said, ‘I just need you to tell me and if you tell me the truth, we can help,’ and he wasn’t able to do that,” Meghan added. “And that, for me, has really resonated, especially now as a mother.”