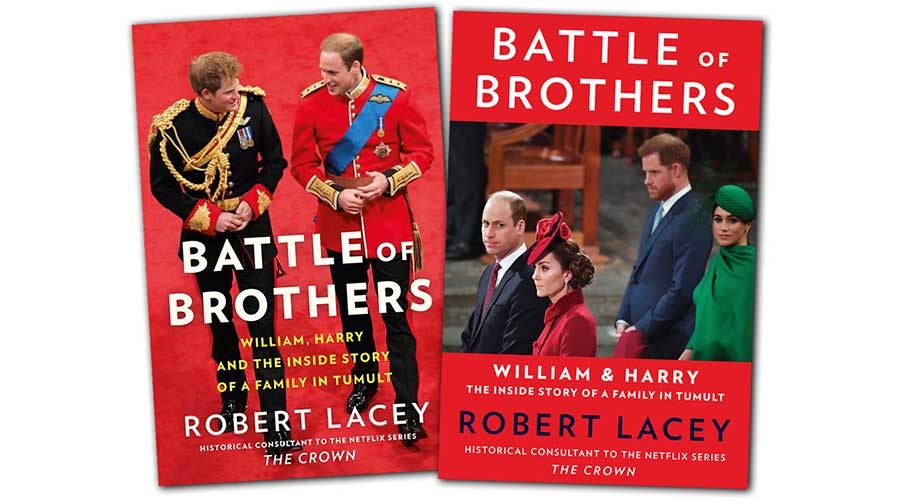 The book Battle of Brothers revealed that Prince William gave Prince Harry the cold shoulder and declined to break the bread with him.

The rift started between Prince William and Prince Harry after Meghan Markle the US celebrity entered into the royal family.

The rift was further exaggerated after the Duke and Duchess of Sussex shockingly revealed that the pair are abandoning the realm and moving to North America.

The author of the book Rober Lacey further discloses that the dispute held at the infamous Sandringham Summit, where the whole family was gathered to sort out the Megxit scandal.

He writes that William felt as their friendly relationship had been completely broken by Harry’s insolence and treachery when he and Meghan Markle decided not to seek permission from Queen Elizabeth before openly declaring their decision to retire from their royal duties.

The Battle of Brothers author Rober Lacey then quotes Prince William’s friends who exposed to him regarding when the two brothers crossed each other during the summit, Prince William did all in his power to avoid the little brother Harry.

“The Queen had suggested the family should gather for lunch before their big pow-wow in the library that afternoon, but he refused his grandmother’s invitation,” Rober Lacey wrote about William.

“He would obviously turn up at 2 pm for the meeting, he said, but he only wanted to talk business.”

Battle of Brothers: Prince William did not want Harry to marry Meghan Markle

In the book by Rober Lacey, it is also revealed that Prince William sought the help of Diana’s brother Earl Spencer regarding stopping him to marry Meghan Markle.

Robert Lacey – “a distinguished royal historian and adviser to TV’s The Crown – claims, Harry introduced his girlfriend to his father and his grandmother, who thoroughly approved. The problem was William.”