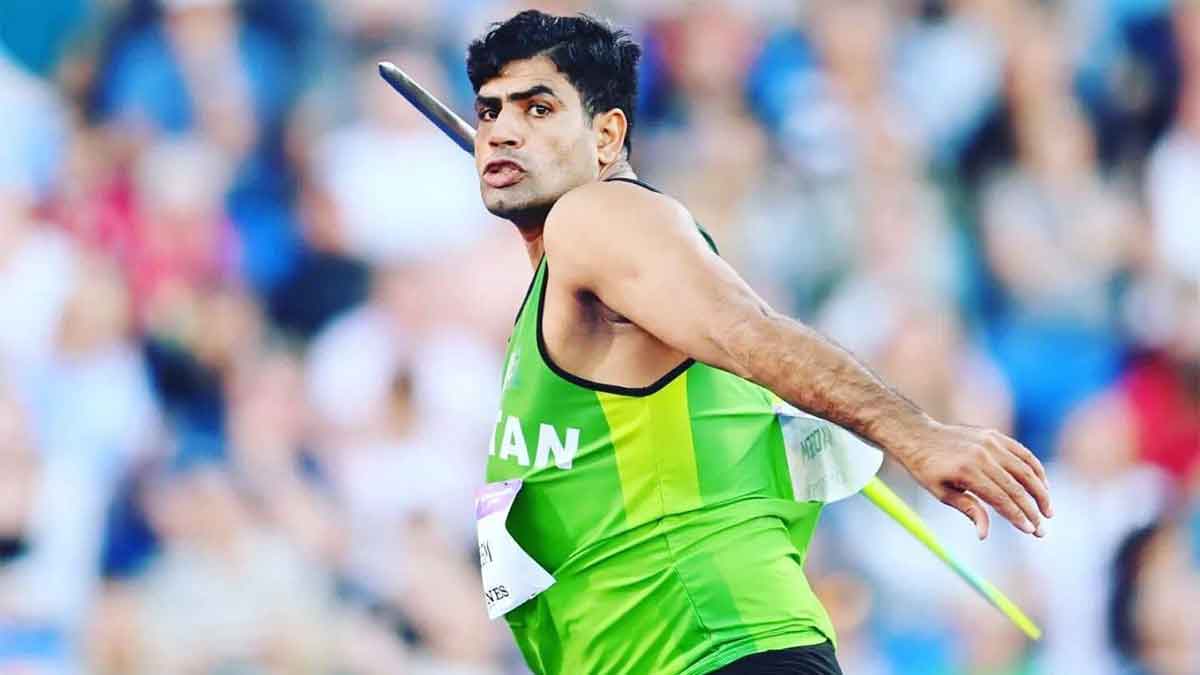 With a games record throw of 88.55 metres on Friday, Arshad Nadeem won a gold medal for Pakistan at the 2022 Islamic Solidarity Games in Konya, Turkey. This is his second gold medal in less than a week.

Since the beginning of his tournament on Friday, Arshad has been in the lead.

His best throw, which set a new Islamic Solidarity Games record, was 88.55 metres.

Nadeem was welcomed by Pakistani supporters when he returned to the stands after winning.

Pakistan Olympic Association (POA), Pakistan Sports Board (PSB), and Athletics Federation of Pakistan (AFP) representative were there to support the winning athlete.

Arshad Nadeem last week brought honour to the country by winning the gold medal in the javelin throw event at the Commonwealth Games in Birmingham.

The Olympian broke the CWG record with a throw of 90.18 metres on his fifth and final attempt, becoming the first Pakistani to hold the mark.

The Pakistani athlete won a bronze medal in the 2017 Islamic Solidarity Games in Baku.

In 24 different competitions, at least 4,000 athletes representing 56 Muslim countries are battling for 355 medals.

The Games had previously taken place in Saudi Arabia (2005), Iran (2010), Indonesia (2013), and Azerbaijan before Turkey (2017). However, a disagreement between Iran and Saudi Arabia forced the cancellation of the Tehran edition.